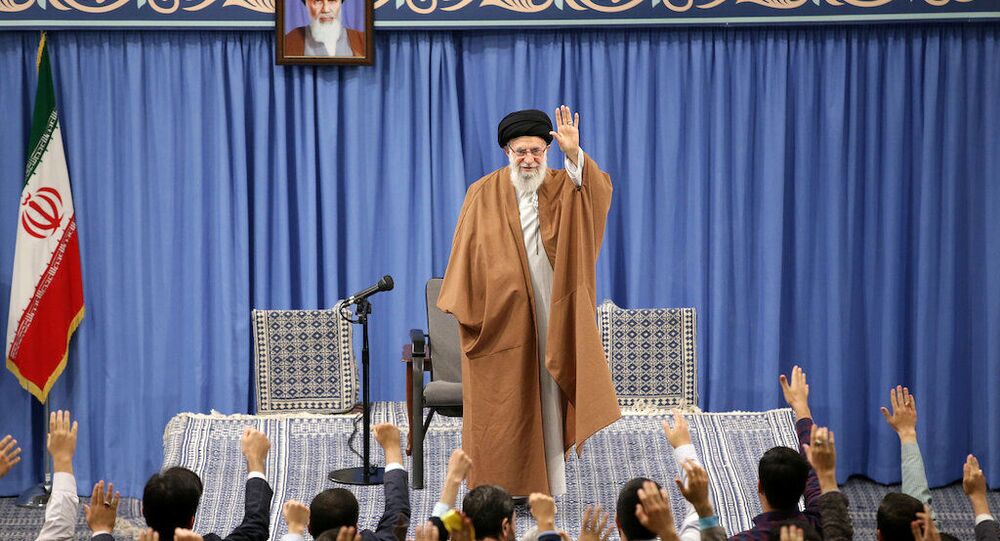 TEHRAN (Sputnik) - Iran's Supreme Leader Ali Khamenei announced after a wave of protests that his country had managed to resolve all issues of security and would withstand the economic pressure that it was being subject to.

Speaking at a meeting with economic activists and entrepreneurs, Khamenei stressed that the economic development of a nation requires leadership and pioneers in production and manufacturing.

"Those who are involved in economic activities see that in the world all the countries are in war over economic matters. In the current U.S. president's era, the war is more apparent against China and South Korea, but it has also existed in other presidencies. Nevertheless, this war is brutal and vengeful, like the economic war that is taking place against us. The sanctions have become more severe, and will continue for now. For us to hope that they will end in a year or two is in vain," Iran’s supreme leader said.

He added that Iran should work on developing "immunity" to sanctions so that they do not harm its economy.

Iran saw a wave of opposition protests in the last few days, with people demonstrating against a government decision to increase the price of gasoline. Khamenei announced at the end of last week that despite the mass anti-government rallies the decision "must be implemented."

According to Amnesty International, over 100 demonstrators were killed during the recent protests in Iran. About 1,000 people have been arrested, according to the Iranian authorities, and at least three members of the Iranian security forces have reportedly been killed.

Earlier this month, the US Treasury imposed new sanctions on the General Staff of the Iranian armed forces and nine individuals including the son of the country's supreme leader.