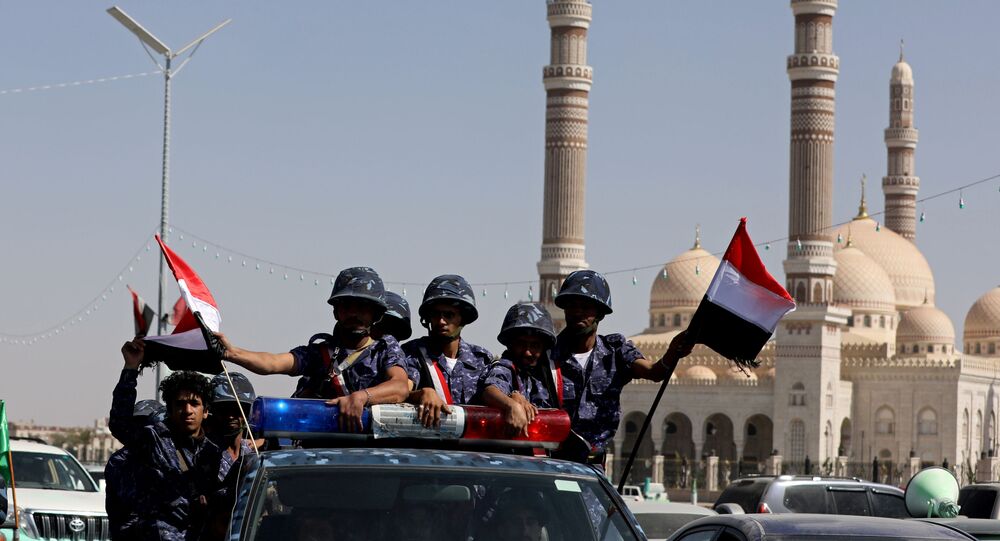 Earlier on Monday, Yemen's armed Houthi opposition political faction confirmed that its "Coast Guard" had seized a vessel said to be towing a Korean drilling rig in the Red Sea three miles from the Yemeni island of Uqban.

A statement from the Yemen Houthi movement claimed that on Monday evening an element of their "Coast Guard" had seized three vessels, one of which was described as the Saudi-flagged vessel Rabigh 3, as they had entered Yemeni territorial waters without prior notice, according to Houthi media broadcaster Al Masirah TV.

The Houthi "Coast Guard" reportedly stated that the crews of the captured vessels at first did not respond to their call on International Channel 16.

"The lack of response from crews of the captured ships was a clear challenge to all international maritime laws and a violation of Yemeni sovereignty," the Houthi-aligned Yemeni "Coast Guard" said, quoted by Al Masirah TV.

The seized ships were taken to the port of As-Saleef and legal procedures have been undertaken regarding violations of maritime law, the media broadcaster reported.

Except for the Rabigh 3, the identities of the other seized vessels have not yet been released, according to reports, although Saudi Arabia is thought to be the owner. Saudi Arabia has yet to comment on the Houthis' claims.

Riyadh has led a small Arab coalition in fighting the Houthis in Yemen since March 2015. The conflict has seen over 10,000 civilians killed and many millions displaced by destruction, disease and famine.