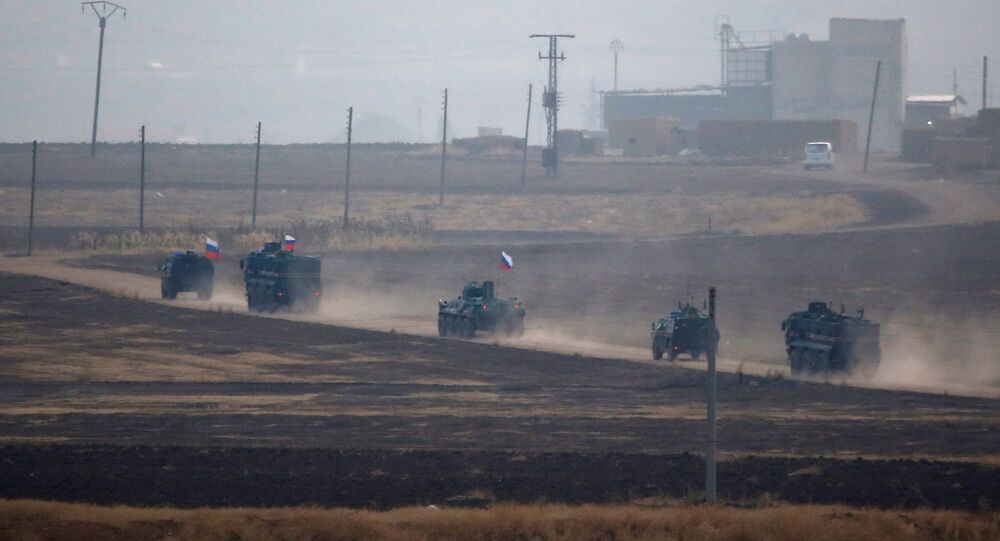 MOSCOW (Sputnik) - The goal of the patrol was to monitor the situation in Syrian settlements eastward from the customs checkpoint in Aylishar along the Syrian-Turkish border.

The Russian military police and the Turkish border service have carried out their eighth joint patrol in northern Syria, the Russian Defence Ministry said on Monday.

"On 18 November, starting at 10:06 a.m. local time [08:06 GMT], the joint patrol of Russian military police and the Turkish armed forces began operating in the border area, located several kilometers north from the settlement of Kobane," the ministry said in a statement.

Kobane, officially known as Ayn al-Arab, was one of the centres of the self-proclaimed Kurdish autonomy in Syria’s north. The US military left bases near Kobane following the launch of Turkey’s Operation Peace Spring. After talks with the Kurds, the Syrian army entered Kobane.

On 22 October, Turkey and Russia concluded a memorandum that details conditions for the peaceful withdrawal of Kurdish forces to a distance of 18.6 miles from the Turkish border. The 10-point document envisions regular joint patrol missions to ensure the implementation of the deal.