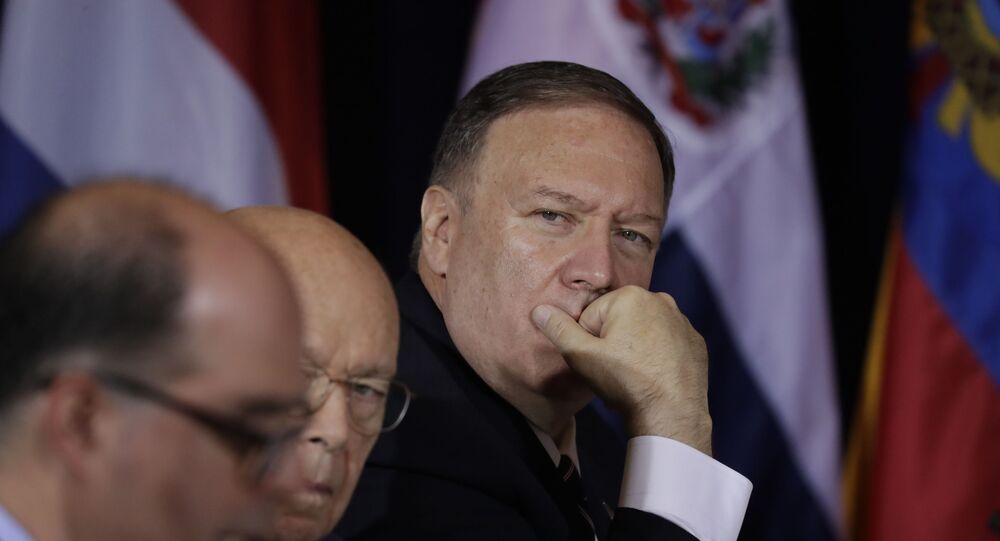 Pompeo Accuses Iran of Being Behind Recent Israeli-Palestinian Flareup

WASHINGTON (Sputnik) - US Secretary of State Mike Pompeo has accused Iran of standing behind the recent rockets strikes at Israel from the blockaded Gaza Strip.

"Iran uses its terrorist proxy Palestinian Islamic Jihad to strike our great ally Israel. Iran does not want peace in the region. It does not want the Palestinian people to prosper. It wants more conflict. Until we address Iran’s threats, the cycle of violence will continue", Pompeo wrote on Twitter.

The state secretary added that the only way forward was continued pressure on Iran until it is forced to negotiate a comprehensive agreement to halt its support for what he called terrorist groups in the region.

The way forward is clear: continued pressure until Iran negotiates a comprehensive agreement that includes halting its support to terror groups like PIJ. Nations around the world can no longer claim to want peace in the region yet allow Iran’s threats to go unchallenged.

​The conflict was halted on Thursday when the two sides agreed to a ceasefire. Israeli Prime Minister Benjamin Netanyahu hailed the operation, dubbed "Black Belt", a success saying that the objective was achieved, namely, taking out Abu al-Ata.

The recent two-day confrontation between Israel and the Palestinian Islamic Jihad (PIJ) saw 34 Palestinians killed, including PIJ military commander Baha Abu al-Ata and his wife. About 450 rockets were fired from Gaza, with no casualties reported.

The PIJ, brandished a terrorist organisation by several nations, is believed to be funded by Iran and Syria and has close ties to the Lebanese armed organisation Hezbollah. The armed al-Quds group of the organisation has claimed responsibility for numerous attacks within Israel since its foundation in 1981.