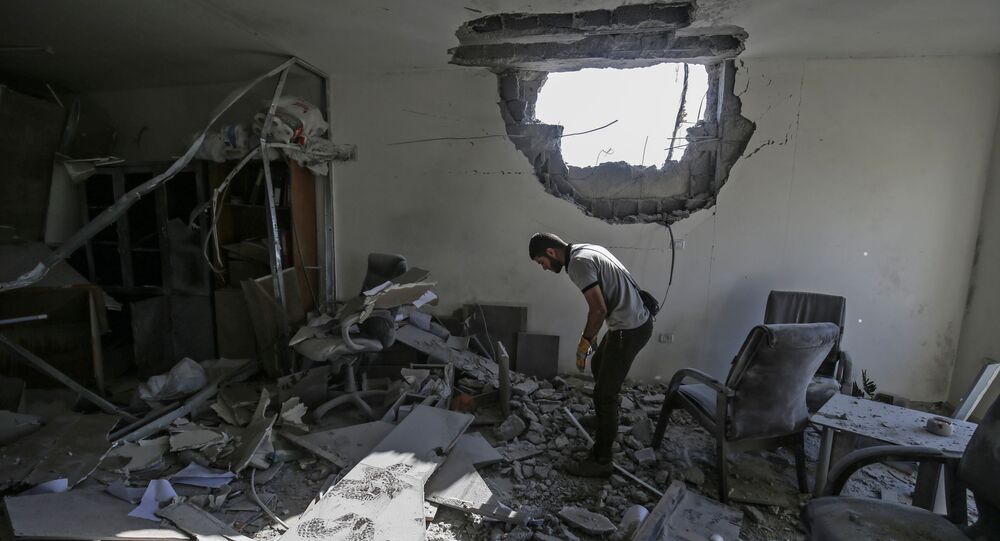 Tensions in the Gaza Strip escalated earlier this week as dozens of rockets were fired from the Palestinian enclave, provoking a response from Israel. The escalation is believed to follow the killing of Baha Abu al-Ata, a top commander from a Palestinian group in the Gaza Strip.

The Israeli army will probe "unexpected" harm caused to civilians in the Gaza strike, AFP reported.

"According to the information available to the IDF at the time of the strike, no civilians were expected to be harmed as a result of the strike", the Israeli Defence Forces (IDF) said in a statement. It said an investigation is underway.

The statement comes after the IDF said that two rockets were fired from the Palestinian enclave Gaza into Israel and were both downed by the Israeli Iron Dome air defence system. The attack reportedly came amid a reported ceasefire between Israel and the Palestinian militant group Islamic Jihad.

Prior to this, witnesses from the Gaza Strip said that the Israeli Air Force struck three Islamic Jihad bases in the city of Rafah, located in the south of the enclave. There have been no reports of casualties.

© AFP 2021 / SAM PANTHAKY
Amid Gaza Rocket Fire, People of India Stand by Israel as #IndiaWithIsrael Trends
Palestinian militants have fired about 360 rockets at Israel since 12 November, according to the Israeli military. The IDF has responded in a fierce manner with authorities in Gaza reporting 34 deaths and more than 100 injured.

Israel has been a constant target of rocket attacks from the Hamas-controlled Gaza Strip. The Islamist movement is listed as a terrorist organisation in a number of countries, including the United States and Israel.

One of the Palestinians’ main goals is to restore the border between Israel and the Palestinian Authority to where it was before the 1967 Six-Day War, with a possible territorial exchange. Palestinians hope to create their state on the West Bank and in the Gaza Strip, with East Jerusalem as its capital. Israel, for its part, is hostile to the idea of restoring previous borders and is even more hostile to the idea of sharing Jerusalem, which they consider to be their eternal and undivided capital.