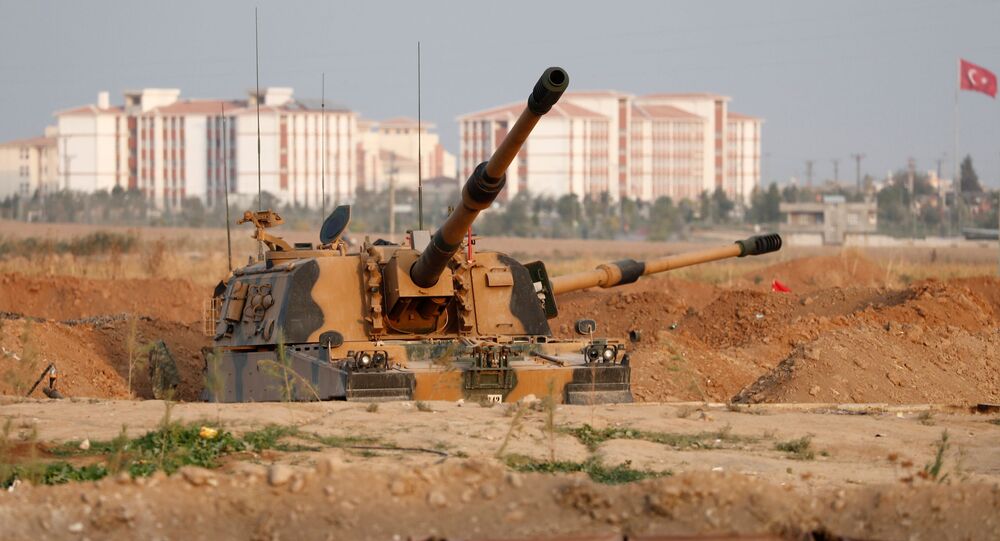 MOSCOW (Sputnik) - Seventeen people were injured as a result of two simultaneous explosions that occurred at an ammunition depot in Turkey's southeastern province of Sanliurfa on Thursday, Anadolu reported, citing the provincial governor.

Among those injured are 16 on-duty soldiers and a civilian who was on the balcony of the building next to the armoury, the Anadolu news agency reported. One of the injured was reportedly taken to a hospital in critical condition, but his condition has improved since then.

Initial reports indicated that 14 people were injured. The provincial authorities suggest that the second explosion was triggered by the first one, according to the media. An investigation into the blasts has been launched, the news agency said.

The blast occurred just several months after another explosion hit a Turkish weapons depot near the Syrian border.