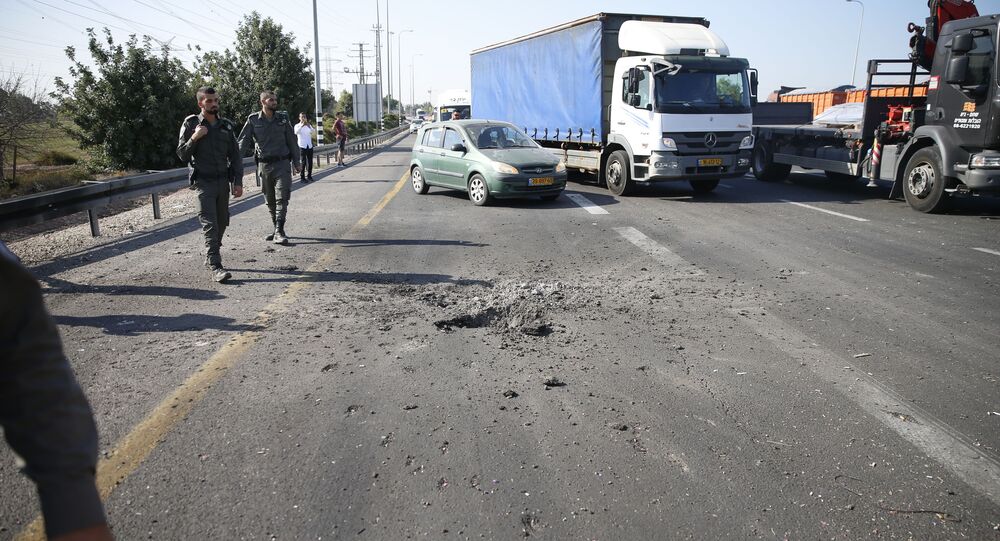 Amid a new spiral of tensions, Israeli airstrikes killed a top commander from the Palestinian militant group Islamic Jihad in the Gaza Strip. A massive rocket attack against Israel followed, triggering a response from the Israel Defence Forces (IDF) and a further escalation.

The Israel Defence Forces (IDF) have condemned the attacks on the Jewish state that have prompted air-raid sirens to go off across southern Israel and caused locals to fear for their lives. To illustrate the point, they compared the strikes with a rain of rockets.

“Imagine your weather app said it was raining rockets. This is what Israeli civilians are experiencing right now: non-stop rockets launched at them by Islamic Jihad in Gaza”, the IDF noted on Twitter, posting a corresponding cartoon with the strike forecast and vowing: “We will continue to operate until there are clear skies over Israel”.

Imagine your weather app said it was raining rockets.

This is what Israeli civilians are experiencing right now: non-stop rockets launched at them by Islamic Jihad in Gaza.

We will continue to operate until there are clear skies over Israel. pic.twitter.com/XTfLdXe83W

​Tensions between Israel and Islamic Jihad flared up early on Tuesday after Israeli airstrikes killed Baha Abu Al-Atta, a top commander from the Palestinian militant group in the Gaza Strip, who was said to have been responsible for hundreds of terror attacks, with the IDF suspecting him of preparing a new attack against Israel. A fierce response followed, as dozens of rockets were launched from the Gaza Strip towards Israel, according to its armed forces; many of these were intercepted by Israel's Iron Dome air defence system, however.

The IDF has continued to strike alleged Islamic Jihad terror targets in the Gaza Strip. According to the Israeli military, several rocket launchers, as well as underground terror infrastructure and operations rooms, have been hit in the strikes as a response to the rockets launched earlier in the day from the northern Gaza Strip. IDF says that about 360 rockets were launched in two days. The country activated sirens in the bordering areas and had to suspend classes in numerous schools for security reasons, resulting in almost a million students staying at home.

According to the Health Ministry in the Palestinian territories, the Israeli strikes have left at least 24 dead and 69 injured in Gaza. Following the Tuesday strikes, Palestinian Prime Minister Mohammad Shtayyeh called on Israel to stop the operation and appealed to the UN, as he considered the Israeli attacks to be aggression against Gaza.