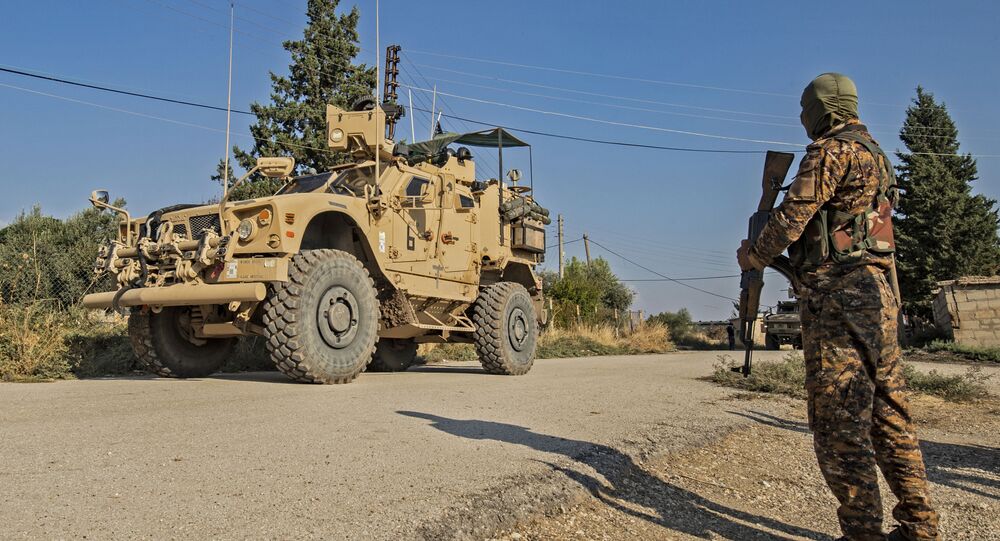 DAMASCUS (Sputnik) - A US military convoy consisting of 22 military vehicles and two trucks have crossed the Syrian-Iraqi border and positioned itself near several oil deposits in northeastern Syria, the Al-Ikhbariya broadcaster reported.

According to the media, the US troops came from Iraq via the al-Walid border crossing and concentrated near the Auda oil field in the Qahtaniyah region and the Jibsa oil field.

About 90 percent of Syrian oil reserves are concentrated to the east of the Euphrates River, the region that was previously a stronghold and main source of income for Daesh* terrorists and is now mainly controlled by the Syrian Democratic Forces.

The Anadolu news agency reported on 1 November that the US military was continuing its patrols of the 40-kilometre (24.8-mile) area between the Qahtaniyah region and the Rimelan district of Al-Hasakah city. Later, the Turkish media cited eyewitnesses as saying that the US military had begun to construct two military bases in strategic locations in Syria’s oil-rich east.

After the Syrian government and the Kurds combined their efforts in October amid the Turkish offensive, US President Donald Trump, who had earlier withdrawn his country's forces from northern Syria, stated that the US would keep a "small number" of troops in the area to "protect" the oil fields there. He also announced plans to invite large US companies to explore the fields.

The United States and Turkey came to an agreement on 17 October for a 120-hour ceasefire in the area to allow the withdrawal of the Kurdish fighters.