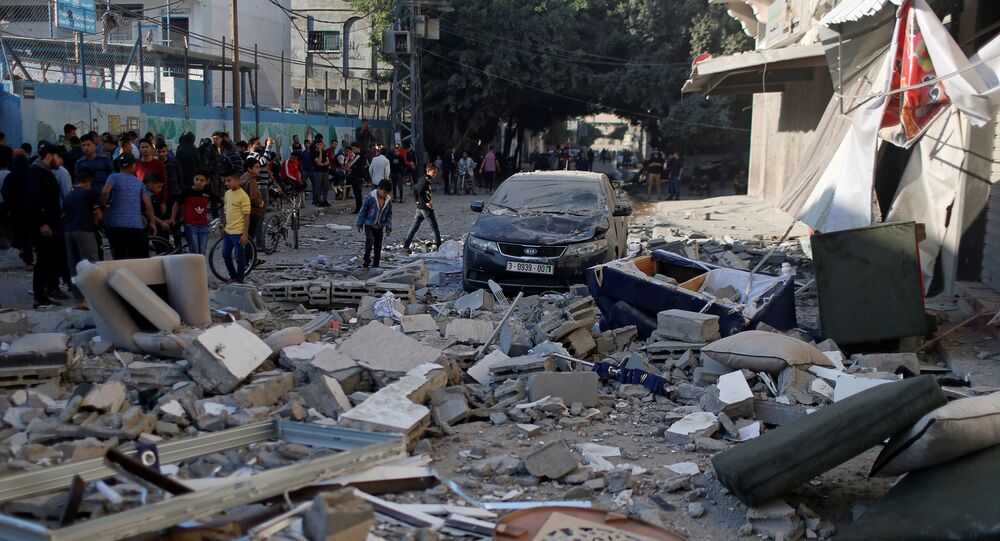 Parts of central and southern Israel were hit early in the morning by rockets and mortar shells from the Gaza Strip in response to the killing of a senior jihadi commander by Israeli forces.

Security pundits warn that the recent launch of dozens of rockets into Israel by Gazan militants may provoke a tough reaction from the Israeli military that could result in an escalation of the conflict.

Retired Brig. Gen. Meir Elran, a senior research fellow and head of three security programmes at the Institute for National Security Studies in Tel Aviv, notes that the possibility of a further escalation will likely depend on the scope and the damage of Tuesday’s attack.

“We have now received already dozens of rockets that have been launched against the Israeli population centres,” says Elran, who took part in peace talks with Egypt and Jordan and who occupied the second-highest position in the Military Intelligence service. “So far, luckily, no major damage and no fatalities.”

“The problem is that right now the IDF is not responding, but if something really serious happens, as far as civilians in Israel are concerned, then it might change and then we might find ourselves in a deteriorating escalation, whose outcome, of course, will be very hard to predict.”

“I think that the mood in Israel and also the political circumstances presently would lead to a very serious reaction of the part of the IDF, which would be very grim for the Palestinians,” he concludes.

The Islamic Jihad militants fired numerous rockets from the Gaza Strip into central and southern Israel earlier in the day in retaliation against the assassination of a senior jihadi commander Bahaa Abu el-Atta in a surgical airstrike by Israeli forces. Gaza’s Hamas-run health ministry confirmed one casualty and several injuries.

The IDF said the Iron Dome anti-missile system shot down around 20 of the 50 incoming projectiles; subsequent unconfirmed reports surfaced in Israeli media that as many as 150 rockets were launched from Gaza and 50 of them intercepted. There has been no immediate word of casualties, although several people have been reportedly hospitalised.

WATCH: Israel's Iron Dome in action as it intercepts rockets above central Israel.

Approx. 20 out of the 50 rockets fired by Islamic Jihad from #Gaza at Israeli civilians have been intercepted. pic.twitter.com/qy8uBMc4dL

Dr Kobi Michael, a former deputy director-general and head of the Palestinian desk at the Ministry for Strategic Affairs, believes that Islamic Jihad “restricted” its strikes for a reason.

“They have the ability to do much more than they did until now,” he said of the Gazan militants. “I assume that they feel that they have to retaliate but they have no intention to escalate the situation to the degree when they might find themselves in a very problematic situation from a strategic point of view.”

“But the situation is very fragile, very sensitive and sometimes the things are dependent on the consequences of only one rocket or only one bomb. It depends on what the outcome will be, with or without causalities. Let’s assume that one of the rockets that is launched towards Israel explodes on the roof of a hospital or any public building and the number of casualties is high, then Israel’s retaliation will be very aggressive”, Kobi, who is also a senior researcher and the Strategic Assessment Journal editor at the INSS, continues.

Likewise, he predicts that a harsh response from Israel “will be a reason for Palestinians to retaliate aggressively and then you have a recipe for deterioration and escalation.”

He posits however that as thing stand now, neither Israel nor the Islamic Jihad has a strategic interest in escalating the situation.