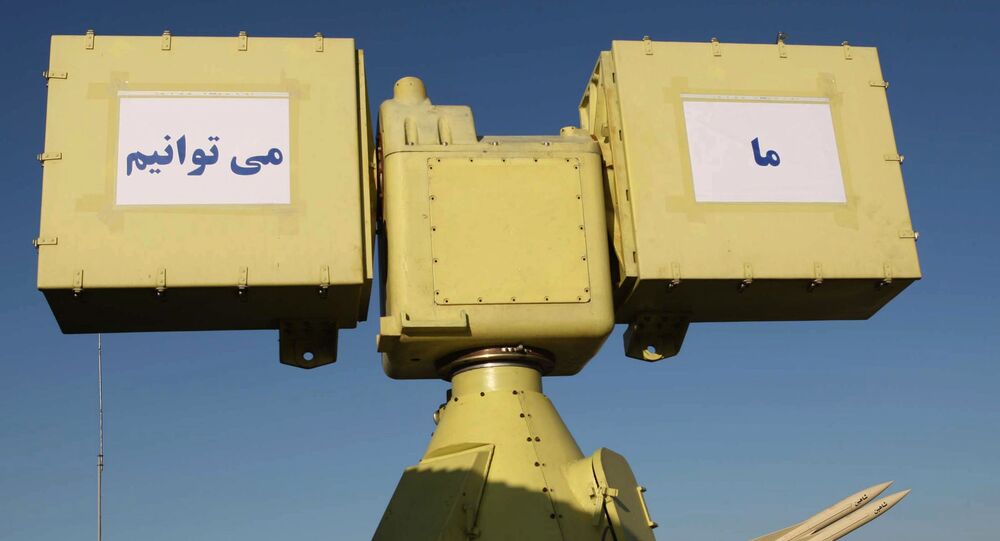 The downing comes a few months after Iran’s Islamic Revolutionary Guard Corps (IRGC) destroyed a US spy drone that the IRGC said had violated Iranian airspace.

He added the Iranian military has yet to fully retrieve the drone’s wreckage in the southwestern port city of Mahshahr, which is why it remains unclear which country is behind sending the UAV to the Islamic Republic.

“What has become certain for now is that the [intruding] drone was flying at a low altitude and was targeted by the Mersad indigenous [missile] system”, Mousavi pointed out.

He touted Mersad as a medium range anti-aircraft air defence system which is capable of detecting and hitting very small targets, among other things.

His comments came after the Iranian media outlet Young Journalists Club quoted Ghulam Reza Shariati, Governor of Khuzestan Province in which the Mahshahr port is located as saying on Friday that the UAV "definitely" belongs to a foreign state and that the results of the probe into the aircraft will be made public.

Fard added that the UAV was shot down before it could reach any "critical locations".

The downing of the drone in Mahshahr comes after Iranian politicians recently praised the achievements of the Iranian military industry, noting that one of its products, the Khordad 3 air defence system, recently proved its efficiency by downing a US spy drone earlier this year.

On 20 June, Iran’s Islamic Revolution Guards Corps (IRGC) reported that they had shot down a US Northrop Grumman RQ-4 Global Hawk spy drone flying over the Islamic Republic’s Hormuzgan province.

Iran’s Downing of US Spy Drone

US Central Command has, for its part, said that the UAV was hit while operating over international waters in the Strait of Hormuz. The incident has further exacerbated the already-tense ties between Tehran and Washington.

Tensions between the US and Iran have been escalating recently amid Washington's "maximum pressure" sanctions campaign against Iran and the US military build-up in the region. This followed Washington’s unilateral withdrawal from the 2015 Iran nuclear deal, also known as the Joint Comprehensive Plan of Action (JCPOA), in May 2018 and Tehran’s subsequent announcement that it has suspended some of its JCPOA obligations.