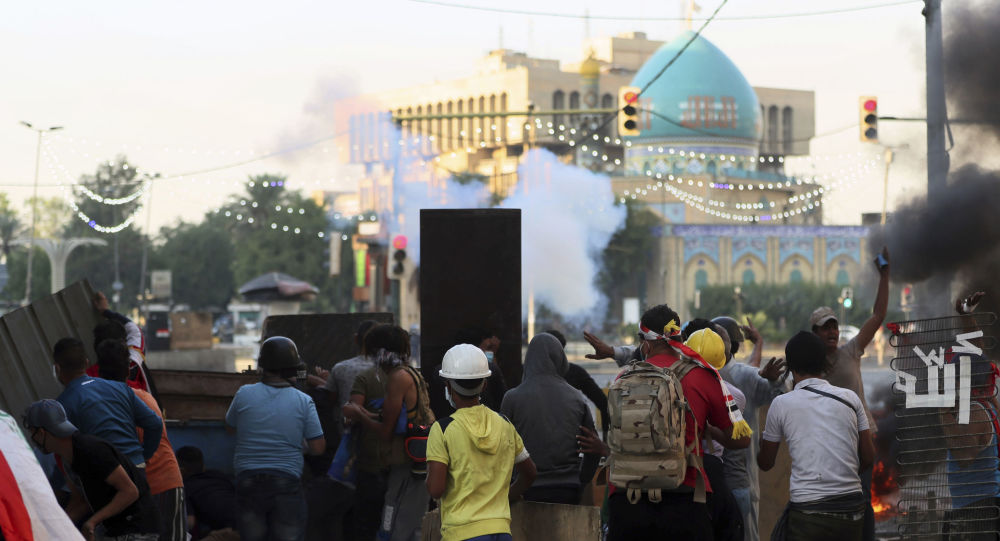 CAIRO (Sputnik) - The Iraqi human rights group claimed earlier in the day that at least six people were killed during a crackdown on demonstrations in the centre of the Iraqi capital Baghdad on Saturday and that law enforcement forces actively used tear gas and live bullets to disperse protests.

The Iraqi military does not use weapons to disperse protesters, Abdul Karim Khalaf, the spokesman for the country's Armed Forces revealed on Saturday.

According to the spokesman, officers who are in close proximity to the protests do not carry weapons with them. Firearms, he noted, "were only available to military personnel guarding vital facilities."

Nationwide protests began across Iraq in early October, with people demanding the government's dismissal, as well as economic reforms, better living conditions, social welfare and an end to corruption. As rallies grew more violent, the government had to declare a curfew and cut Internet access in Baghdad and other regions. In the wake of all this, Iraqi President Barham Salih announced on 31 October that Prime Minister Adel Abdul Mahdi had agreed to resign.

According to the Office of the United Nations High Commissioner for Human Rights, over 270 people have been killed in protests since 1 October.