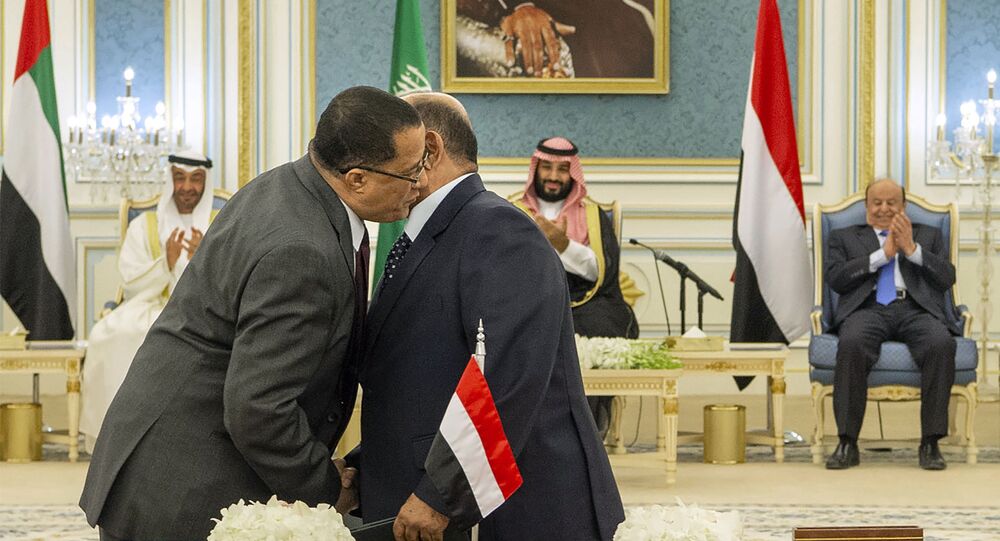 The two leaders held a meeting on Thursday. During it, the president noted the "importance of making steps toward the implementation of all details of the Riyadh agreement to stabilize the situation in the south of the country", Al Arabiya reported.

Zubaidi, in his turn, noted the STC’s readiness to support Hadi and work together with the government for the peace deal implementation.

Hadi also expressed his willingness to settle the situation in southern Yemen as soon as possible through comprehensive peace dialogue. The two sides signed a peace deal in the Saudi capital on Tuesday.

The STC was created in 2017 and Zubaidi, the former governor of Aden, became its chief.

The separatist forces have been allied with the government in their fight against the Houthi rebel movement. However, they engaged in a conflict with the authorities in August, making Aden and other southern provinces a scene of violent clashes.

In 1990, the southern Democratic Republic of Yemen and the northern Yemen Arab Republic united into what today is Yemen. The south has been since seeking secession. The military confrontation between the south and north has been ongoing in parallel with the civil conflict between the government forces and the Houthi militia.

Since 2015, the Saudi-led coalition joined the military action on the side of Yemeni President Abdrabuh Mansour Hadi's forces.

The United Nations has repeatedly called the Yemeni conflict the world’s worst humanitarian crisis, with an estimated 24 million people — nearly 80 percent of the country’s population — currently in need of aid and protection.