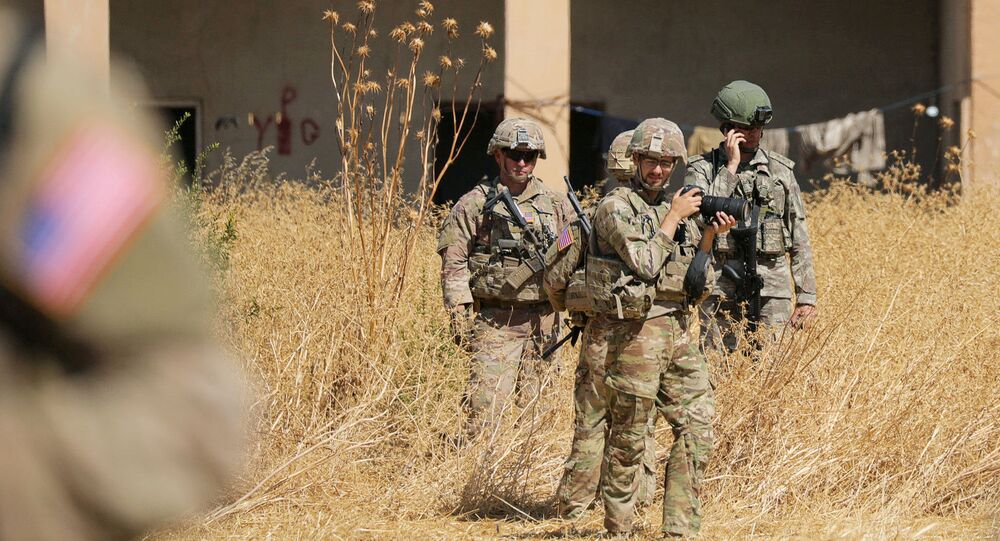 Earlier, a report by the AP suggested that Washington could leave up to 800 troops to guard Syrian oil wells in Deir ez-Zor governorate, despite Russia slamming the US actions as "illegitimate".

Pentagon spokesman Jonathan Rath Hoffman has assured that the proceeds from the Syrian oil fields under its control would not go to the US, but to its Kurdish allies, the Syrian Democratic Forces (SDF). He added that despite the US withdrawal from the country's north, announced in October, Washington continues to work with the SDF, providing them with the "ability and support" to fight Daesh*.

The Pentagon spokesman also stated that American commanders stationed near the oil fields in northern Syria have the right to defend themselves against other forces if these come under threat.

"Keeping the Oil" in Syria

Previously, AP reported, citing anonymous US officials, that the White House and Pentagon had decided to leave approximately 800 soldiers to protect the oil fields in the Arab Republic in an area stretching nearly 150 kilometres from Deir ez-Zor to al-Hasakah. According to earlier statements by Defence Secretary Mark Esper, the US will be "defending" them from Daesh* remnants, while US President Donald Trump was more ambiguous, simply saying that the US would be "keeping the oil".

© AP Photo / Hussein Malla
‘I Like Oil, We’re Keeping the Oil’: Trump Confirms US Wants Syria’s Oil, Not to Patrol Its Borders

The sources, speaking to the AP, stressed that it was still unclear to what extent US servicemen would go to fend off Russian or Syrian forces if they decide to return control over the oil wells to their rightful owner, Damascus. Moscow previously condemned the US move to establish a military presence near Syria’s oil fields as "illegitimate" and called for them to be turned over to the Syrian government.

At the same time, the Syrian Army reclaimed one of the oil fields in the country's northeast, near the city of Qamishli, on 5 November, after losing control over it several years ago, according to a SANA news agency report.