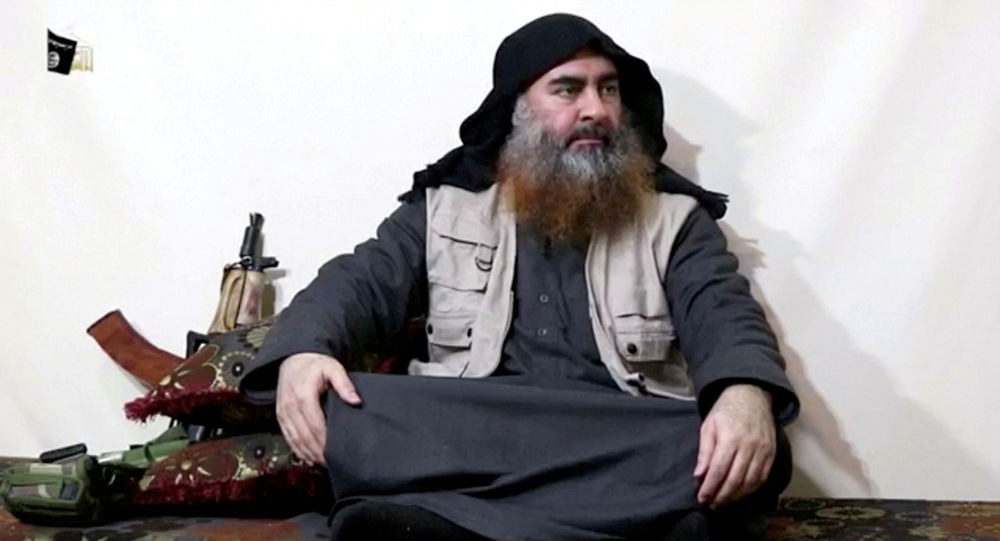 "Al-Baghdadi’s close circle is paying a lot of attention to our country. We recently captured his sister’s husband and their child in [Syria's] Azaz, and sent them to migration camps. Let's see what decision our Ministry of Justice will make. His wife has been in our hands for 1-1.5 years. It will be the same process. The number of [al-Baghdadi’s relatives detained by Turkey] is already in the double digits", Erdogan told reporters.

He added that together with the wife of the killed Daesh leader, a child, whose kinship to al-Baghdadi was proved by DNA analysis, had been detained.

Later, he specified the exact number of al-Baghdadi'sы associates and relatives apprehended by the country's security forces.

"We now have 13 people from his inner circle", the Turkish president said.

The statement comes after another presidential comment that Turkish security forces detained the wife of the killed Daesh leader. Prior to that, Turkish authorities captured al-Baghdadi's older sister and her family.

US President Donald Trump said on 27 October that al-Baghdadi had been killed in a US operation in Syria's Idlib. According to the US leader, the number one terrorist was under the Pentagon's surveillance for quite some time before the conditions were ripe to eliminate him. Baghdadi reportedly blew himself up along with two children when he was cornered by the US military in his hideout in northern Syria, according to US officials.

Later that day, the Russian Defence Ministry's spokesman, Igor Konashenkov, said that Russia did not have reliable information that the US military had actually killed al-Baghdadi. The Daesh terrorist group reportedly confirmed the death of its leader on 31 October and gave the new leader’s name as Abu Ibrahim al-Hashemi al-Qurayshi.