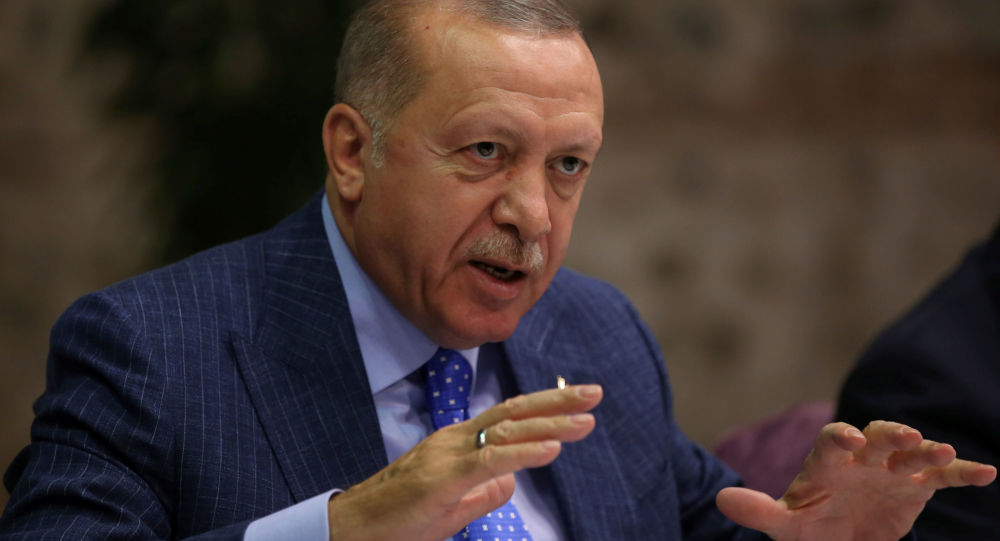 The European Union has paid three billion euros to Turkey under a 2016 deal to contain the influx of refugees to Europe. Ankara has repeatedly complained about the slow pace of disbursements, threatening to let migrants cross through its territory.

Turkey will have to open its borders to let asylum-seekers flow into Europe unless the European Union takes steps to assist Ankara with the burden, President Erdogan said on Thursday, during his visit to Budapest, Hungary.

"Whether we receive support or not, we will continue to aid the guests we are hosting. But, if this doesn't work out, then we will have to open the doors", Erdogan said at a news conference, speaking alongside Hungarian Prime Minister Viktor Orban.

In March 2016, the European Union and Turkey concluded a migration deal in which they agreed that Syrian refugees arriving in Greece would be returned to Turkey if their claim for asylum was rejected, while Syrian asylum seekers in Turkey would be resettled in Europe on a one-for-one basis. Brussels, in turn, vowed to provide financial aid to the country to cover the costs of receiving migrants.

However, Turkey has repeatedly stressed that the bloc is not meeting its commitments on the readmission of migrants under the agreement with Ankara.

President Erdogan also said that he will discuss the Russian S-400s as well as the American Patriot systems and F-35 jets with President Trump during his visit to Washington, slated for next week.

“We will discuss our bilateral relations and the situation in the region. S-400, Patriot, F-35 - of course, they will be on the agenda. Our goal is to bring trade to $100 billion," Erdogan told reporters during a visit to Hungary as broadcast by the NTV channel.

Earlier this month, Russia completed the delivery of all the components of the S-400 air defence missile systems to Turkey ahead of schedule.

Moscow and Ankara signed a loan agreement for the supply of Russian S-400 air defence systems to Turkey in September 2017. Russia completed the first shipment of S-400 components to Turkey in late July 2019.

This autumn, Turkey launched an offensive in north-eastern Syria, in part with an aim to create 'safe zones' in order to resettle the Syrian refugees stranded in Turkey once the region is cleared of Kurdish militants, which Ankara views as terrorists.

The offensive eventually came to a halt as the United States and Turkey reached an agreement on a 120-hour ceasefire in north-eastern Syria to allow for the withdrawal of Kurdish fighters.

As the five-day ceasefire came to an end, Turkish President Recep Tayyip Erdogan and Russian President Vladimir Putin reached a deal to pull the Kurdish fighters back and establish joint patrols in the operation zone in north-eastern Syria, along the Turkish border.