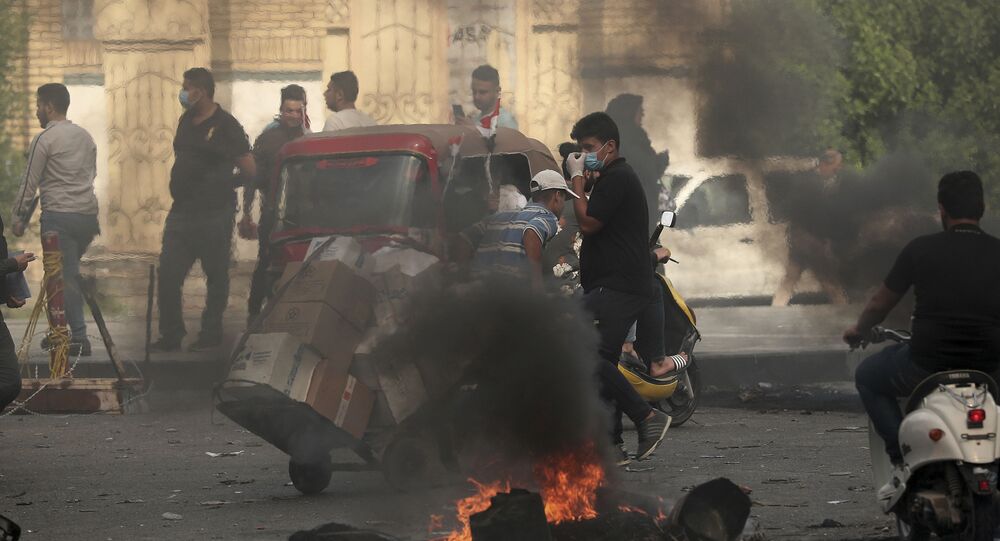 25 people suffered from the effects of tear gas that was used by police on 6 November during anti-government protests in the Iraqi capital of Baghdad, Al-Sumaria broadcaster reported.

The clashes took place near Shuhada Bridge, the sources said.

In another incident on 6 November, two people were killed and one more was injured as security officers fired warning shots near the Central Bank building, Shafaq news agency reported, citing witnesses. All the victims were reportedly employees at the Central Bank.

Meanwhile, a spokesman for the Iraqi prime minister stated that Iraq had lost over $6 billion due to the ongoing wave of mass protests taking place across the country. He pointed out that the road to Iraq’s largest port, Um Qasr, had been blocked for five days in a row, resulting in significant economic losses.

The nationwide protests in Iraq began in early October and have since escalated. People are demanding the government's dismissal, as well as economic reforms, better living conditions, social welfare, and an end to corruption. As the rallies have grown more violent, the government has had to declare a curfew and cut Internet access in Baghdad and other regions, with the exception of Iraqi Kurdistan.