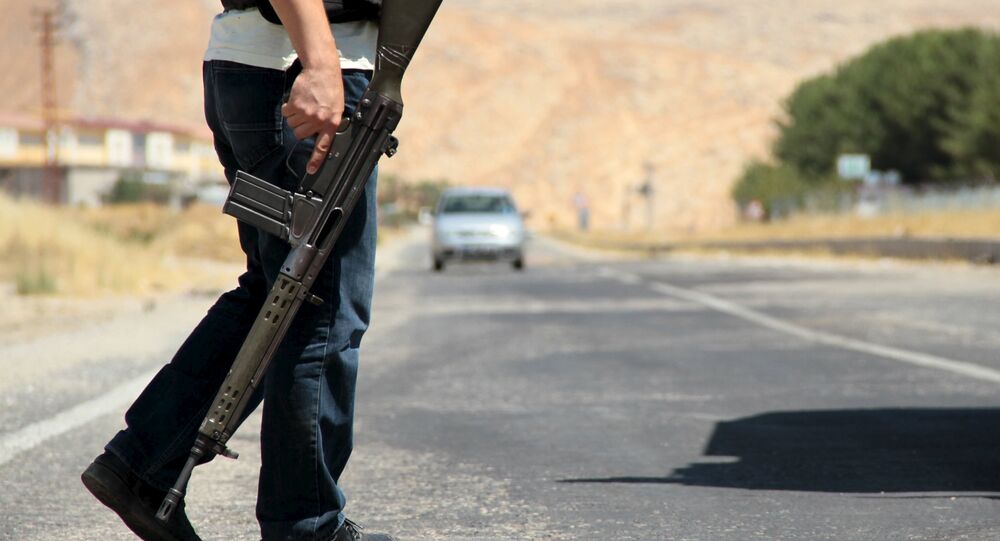 On 27 October, US President Donald Trump announced that Daesh* leader Abu Bakr al-Baghdadi had been killed in a raid executed by US Special Operations Forces in Syria’s Idlib province.

"Baghdadi has committed suicide in a tunnel. We have caught his wife in Syria, but we have made no noise of it. I'm now announcing this for the first time. We have also caught his sister and her husband," Erdogan said in an address in Ankara.

The statement comes a day after Communications Director at the Turkish Presidency Fahrettin Altun confirmed that the country's forces had captured al-Baghdadi's sister.

On 27 October, US President Donald Trump announced that American forces had raided al-Baghdadi's hideout in Syria's Idlib province and that the terrorist number one killed himself using a suicide vest after being trapped in a dead-end tunnel. His body was mutilated by the blast, but POTUS said he had been identified by his DNA.

The remains of the former Daesh leader were then buried at sea and the hideout destroyed in an airstrike. It's noteworthy to mention, that during the past several years, there had been a number of reports about the death of al-Baghdadi; the reports, however, were refuted by the terrorist group at that time.