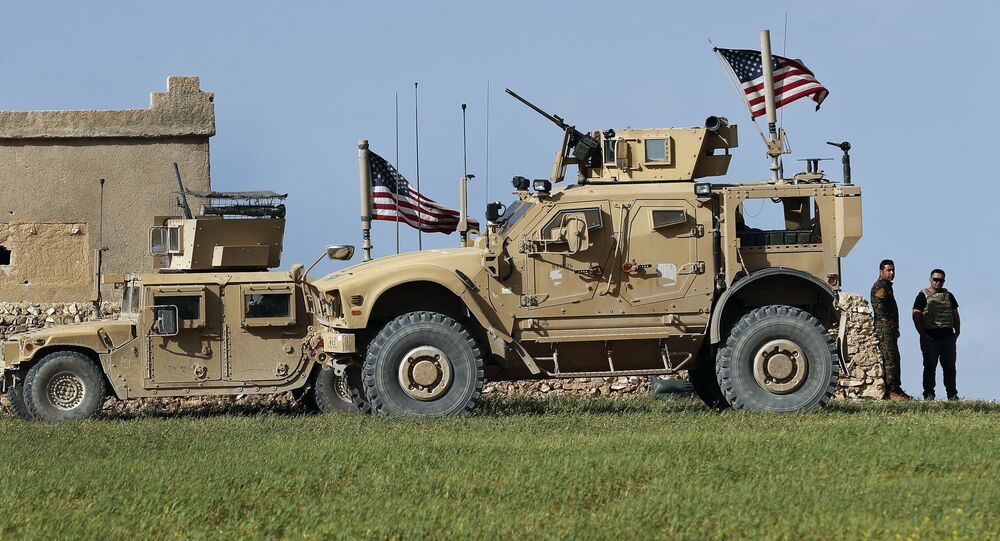 MOSCOW (Sputnik) - The United States' plan to build two military bases near oilfields in Syria is a violation of the country’s sovereignty and an attempt to recoup costs, senior Russian lawmaker Konstantin Kosachev said Wednesday.

"The formal reason [for the construction of military bases] is to prevent terrorists from gaining access to oilfields. The informal reason - recoup the costs of military operations in Syria. The fact is that the sovereignty of Syria is being radically violated", Kosachev, a member of Russia’s upper house of parliament and chairman of the foreign affairs committee, wrote on Facebook.

Kosachev criticized the United States' European allies for remaining silent on this matter despite them being fond of discussing the rule of law in the European Parliament.

The statement comes after the Turkish state news agency Anadolu on 5 October cited local sources as witnessing US construction equipment being put into use in oil-rich areas of Deir ez-Zor in Syria’s east.

Trump late last month, contrary to previous instructions, ordered the return of a contingent of US troops to Syrian oilfields held by Kurdish forces, telling reporters: "I like oil, we’re keeping the oil".

The dynamic of the Syrian conflict changed rapidly in October after US President Donald Trump abruptly decided to withdraw US troops, which prompted Turkey to launch an operation against US-allied Kurdish forces it considers terrorists. Damascus has deemed it a violation of Syria's territorial integrity, while Russia, which supports Syria in its fight against terrorism, has emphasized that any escalation of the Syrian conflict should be avoided.

The operation was halted under Russian guarantees of joint patrols with Syrian forces along the Syrian-Turkish border, keeping it free of Kurdish fighters.