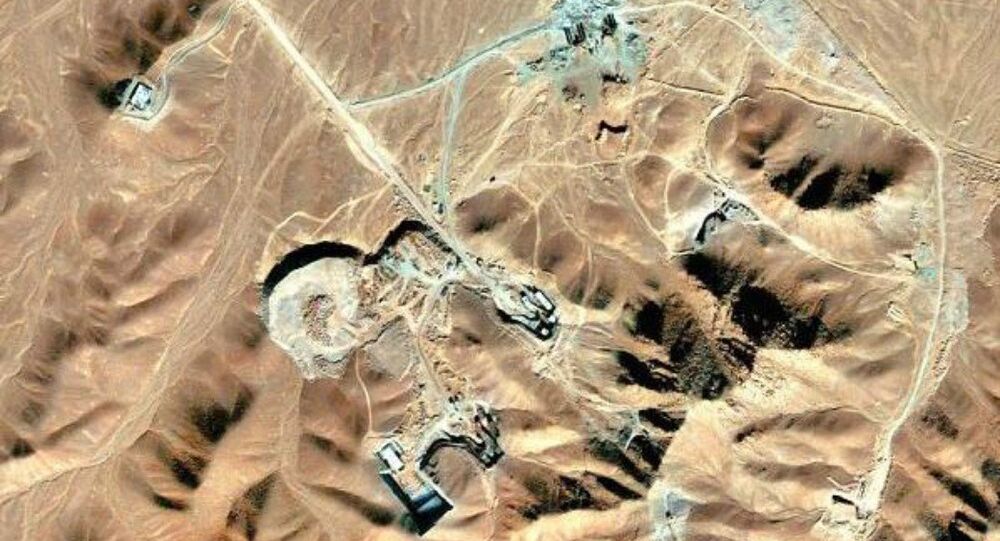 Ali Akbar Salehi, vice president and head of the Atomic Energy Organization of Iran, announced earlier on Tuesday that Tehran would begin enriching uranium on 6 November at a 5-percent level at a facility in Fordow, where the process had earlier been suspended by the Iran nuclear deal.

A spokesperson for the US Department of State said later on Tuesday that Tehran's expansion of uranium enrichment is "a big step in the wrong direction".

"We fully support the International Atomic Energy Agency (IAEA) in conducting its independent verification role in Iran and look to the IAEA to report on any developments", the spokesperson said.

The spokesperson said in a separate statement on Tuesday that Iran's expansion of its uranium enrichment activities is an attempt to extort the international community.

"Iran originally constructed the Fordow facility as a fortified, underground bunker in which to conduct secret uranium enrichment work ... Resuming uranium enrichment at this previously clandestine site is only the latest Iranian attempt to extort the international community", the spokesperson stressed.

According to an earlier statement by Iranian President Hassan Rouhani, Tehran will start injecting gas into centrifuges at the Fordow Fuel Enrichment Plant at the level of 5 percent, an activity that was previously banned under the Joint Comprehensive Plan of Action (JCPOA), also known as Iran nuclear deal.

Tehran, however, said that the decision was reversible and Iran would suspend its promised gasification as soon as the JCPOA signatories complied with their commitments.

Iran started the third stage of rolling back nuclear obligations under the JCPOA in September. The gradual reduction of the obligations was announced on 8 May, the first anniversary of the US' unilateral pullout from the 2015 pact. Tehran then announced that it would start abandoning some parts of its nuclear obligations every 60 days unless European signatories to the deal ensured Iran's interests amid Washington’s reinstated economic sanctions.

Prior to the Trump administration's unilateral pullout, the JCPOA would have seen Iran switching to peaceful nuclear uses, repurposing its Fordow Fuel Enrichment Plant to produce stable isotopes and refraining from enriching uranium, leaving Natanz as the only uranium enrichment facility.

In the Name of Ratings, Corporate Media has ‘Deceived the American Public’ About Iran For 40 Years

Tehran Bans British Council, Believed to Be Tied to MI6, Over Alleged Attempt to Infiltrate Iran