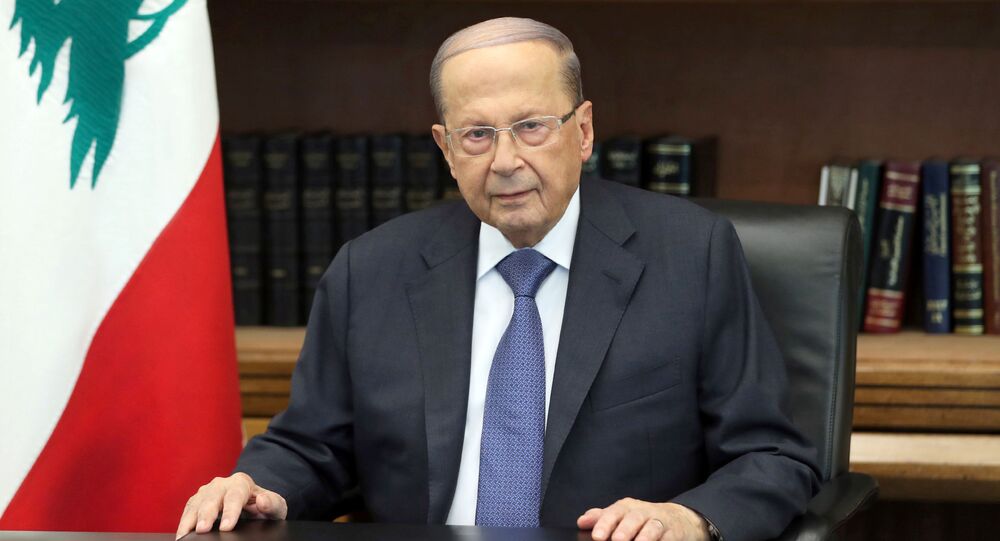 BEIRUT (Sputnik) - A new Lebanese government should be formed quickly but without rash decisions that could lead to negative ramifications, President Michel Aoun said on Saturday, following the resignation of Prime Minister Saad Hariri.

"Mr President sees that an incoming government will face a lot of challenges, which implies the need for a speedy process of its formation, but not a hasty one. Because haste in such situations could have negative consequences," the presidential press service said in a statement.

Hariri stepped down on 29 October after 13 days of protests over economic hardships. He has been asked to continue as caretaker prime minister until a new government is formed.

According to the office, the president has held a number of important meetings since Hariri's resignation to determine the date of parliamentary consultations, taking into account that the current situation should be settled calmly.

Lebanon has a complex power-sharing political system aimed at proper representation of all of the country's 18 sects.

The protests in the country were sparked by the authorities' intention to introduce a tax on online calls as well as poor economic conditions and low living standards. The plans for the additional levies have since been dropped but protests continued. According to the president, the country is suffering from a financial blockade and sanctions. Additionally, there is a shortage of currency in the banking sector.