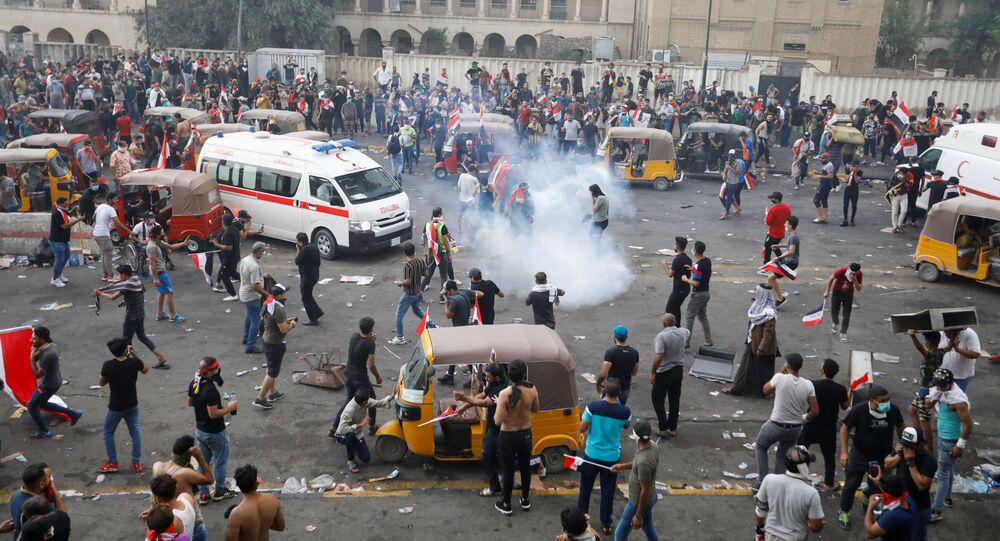 Earlier this week, Iraqi President Barham Salih announced that Prime Minister Adil Abdul-Mahdi agreed to resign on condition that the parties agree on his successor.

One person was killed and 91 others injured during the protests in Iraq's capital of Baghdad, the country's security and medical sources have said.

On Thursday, Iraqi President Barham Salih announced that Prime Minister Adil Abdul-Mahdi had agreed to step down following demands from protesters but provided that the country's parties agree on his successor. Mr Salih added that he was ready to hold early elections in the country if new election legislation were to be adopted.

US Secretary of State Mike Pompeo issued a press statement on 1 November, saying that the Iraqi government "should listen to the legitimate demands made by the Iraqi people." He also demanded that Iraq lift restrictions on the news media and public demonstrations.

Protests in Iraq flared up last month when people took to the streets demanding the resignation of the government, the implementation of economic reforms and the eradication of corruption. The rallies turned violent, with hundreds of people reported killed in clashes with riot police. Following some concessions made by the government, there was a temporary lull in the protests but they have intensified this week, with tens of thousands of people gathering in central Tahrir Square to demand the end to the rule of the political elite.