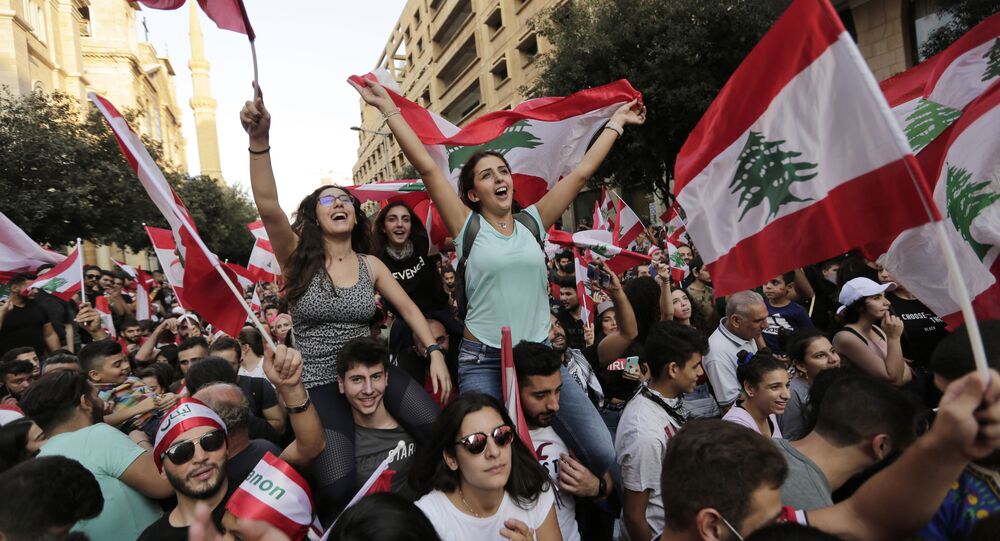 BEIRUT (Sputnik) - Lebanese banks resumed operations after a two-week break amid mass anti-government protests that broke out all over the country, a Sputnik correspondent reported from Beirut on Friday.

The reopening of the banks was accompanied by long lines of people who wanted to get cash and make transactions and transfers.

The Association of Banks in Lebanon announced on Wednesday that it would be ready to open the doors and resume standard operations to meet citizens' needs, despite ongoing unrest in the country.

At first, the banks were concerned that the currency rate would increase, but this was not the case. At the same time, some citizens and small businesses posted on social networks on Friday that the dollar had taken off in the shadow market.

According to a source within the Lebanese banking sector, the working process is stable despite the increased client traffic, which was expected due to the break. Additionally, the Lebanese Central Bank developed together with the Association of Banks a range of operations to avoid strong fluctuation in the financial market, including limits to transfers abroad and cash withdrawals.

Lebanese Prime Minister Saad Hariri said in a televised address on Tuesday that he would resign and dissolve the government after nearly two weeks of massive protests. The announcement put an end to the demonstrations, and the activists cleared the roads and highways.

© AP Photo / Hussein Malla
A riot policeman removes an anti-government protester who is blocking a main highway with her body, in Beirut, Lebanon, Saturday, Oct. 26, 2019. Lebanese security forces pushed and dragged away protesters who refused to move from roadblocks in central Beirut on Saturday, to reopen roads closed during a campaign of civil disobedience.

Despite an end to the protests, the economic and financial situation in the country is still in crisis. According to Lebanese President Michel Aoun, the country suffers from a financial blockade and sanctions. Additionally, there is a shortage of currency in the banking sector. As a result, the banks have placed limits on the number of dollars that can be issued, which has affected gas stations, flour mills and other businesses that make transactions in dollars, as well as regular citizens.

The first wave of protests in Lebanon began in April and lasted until May. Trade unions took to the streets after the government's decision to adopt the 2019 budget that included clauses on wage and social benefits cuts for civil servants and retired military. In late July, the government adopted compromise amendments to calm the public.

Lebanese citizens started protesting again on October 17 when the government announced tax hikes on internet calls in an attempt to salvage the deteriorating economy. Although the government quickly scrapped the plan, the demonstrations eventually ballooned into widespread demands for the resignation of the government and political reforms.