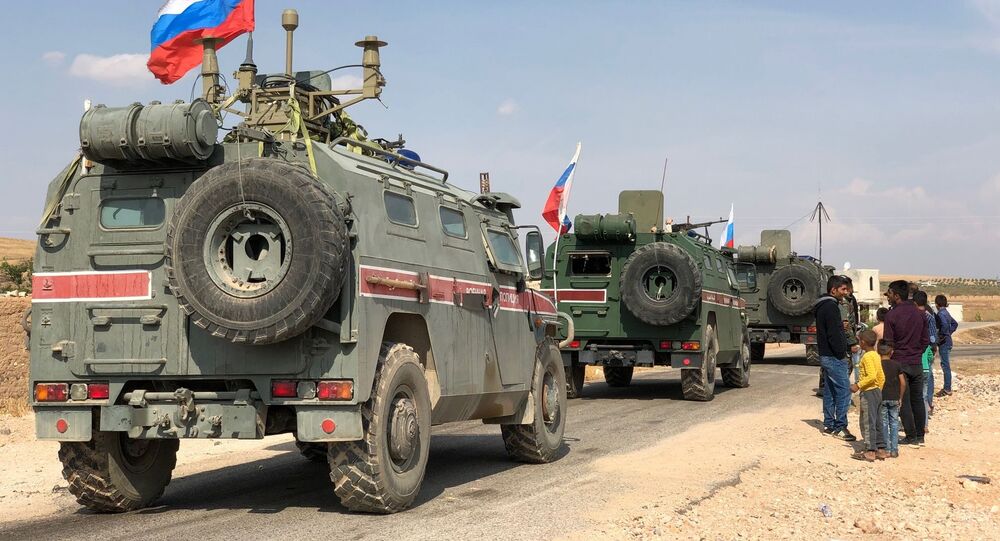 Earlier in the day, some 300 Russian soldiers and 20 armoured vehicles were delivered to northern Syria where Russia and Turkey have been patrolling border areas.

On 1 November, about 300 Russian soldiers and 20 armoured vehicles arrived in northern Syria where the Russian police together with Turkey were carrying out joint patrols of the area.

Last month, Russian President Vladimir Putin and Turkish President Recep Tayyip Erdogan agreed that the Russian military police and Syrian border guards would facilitate the withdrawal of Kurdish militants from the 18-mile safe zone on the Turkish-Syrian border within 150 hours. It was also agreed that Moscow and Ankara would start joint patrols in the area.

Earlier this week, the US also conducted a patrol on the Turkish-Syrian border for the first time since President Donald Trump announced his decision to withdraw troops from Syria. The patrol, reportedly conducted by five armoured vehicles with US flags, took place near the town of Qahtaniyah.

On 9 October, Turkey launched a military operation in northern Syria to oust Kurdish militia and Daesh* terrorists from the border area and set up a safe zone to accommodate Syrian refugees there.