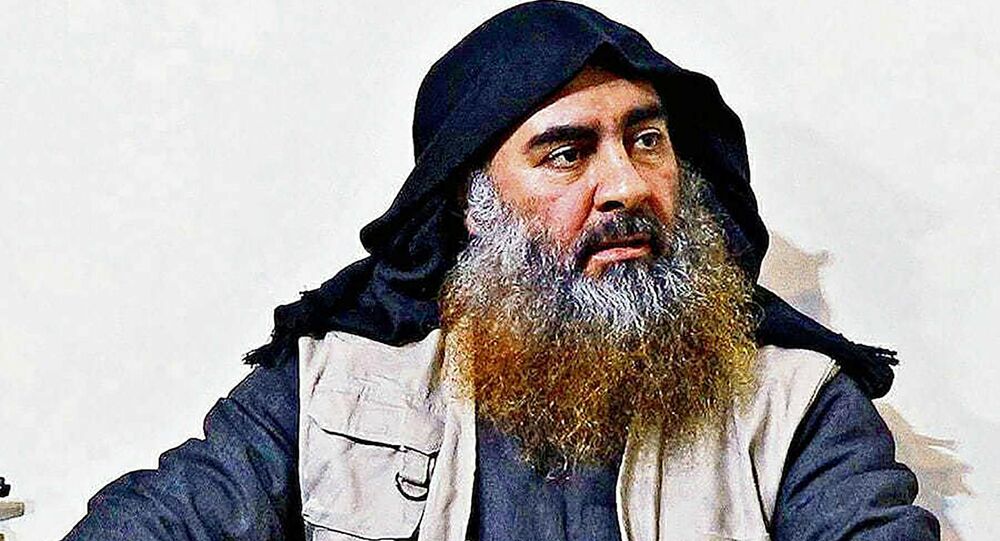 The US president announced the elimination of the Daesh* leader on 27 October, saying that his identity had been confirmed via a DNA test. However, his body was never shown to any authorities and thus no other country could confirm his death. According to reports from Reuters, al-Baghdadi's top aide gave key information that helped track him down.

"Al-Baghdadi took his security precautions to the highest level. He never used high-tech communications at all. Any place he was in, was in a communications blackout, with exception of those who were directly responsible for his security", the general said.

Abdi revealed that the "official" who betrayed al-Baghdadi did so out of a desire for revenge against both Daesh* and its leader after allegedly losing hope in the group’s "future". The Kurdish general further said that the spy was present at the terrorist's hideout when it was assaulted by US forces, and was subsequently evacuated from it.

Tough Road to the Operation

Mazloum Abdi stated that the spy was regularly providing the Kurdish militia with information that was later transmitted to the US. The person didn't know the exact location of the safe house, but managed to make observations and notice landmarks that allegedly helped US intelligence pinpoint his location to a facility in Syria’s Idlib province.

"The idea that al-Baghdadi was in Idlib was completely unexpected. It was a surprise to everyone", Abdi said, referring to the presence of terrorist groups in the province that had been rivals of Daesh* in the past.

US intelligence services were not especially keen on working based on the spy's information, fearing that it could be a trap, the Kurdish general said. But the attitude changed after the spy reportedly managed to smuggle al-Baghdadi's blood samples and underwear for a DNA test that confirmed his identity. Abdi didn't clarify how their asset in Daesh* managed to pull this feat off.

The operation to take out al-Baghdadi was also on the verge of failure, as it was delayed by US President Donald Trump's decision to pull US forces out from northern Syria. At the same time, the Daesh* leader was preparing to change his hideout to a new, unknown one, according to Abdi. He estimated that al-Baghdadi would move to a new location within 48 hours if the operation was not carried out.

Purported Death of the Daesh* Leader

US President Donald Trump announced the death of al-Baghdadi on 27 October, claiming that the terrorist number one died while trying to escape, "whimpering and crying and screaming all the way". He added that the Daesh* leader's body was mutilated due to him blowing himself up with a suicide vest and that he was identified by his DNA. The Pentagon later also published a short video showing US forces approaching the terrorist's hideout before he was taken down.

However, no other country, apart from the US, has been able confirm the operation and death of al-Baghdadi, whose remains were buried at sea within 24 hours after his demise.

Previous reports by Reuters suggested that the location of al-Baghdadi's hideout was pinpointed using information obtained from his top aide, Ismael al-Ethawi, who was arrested by Turkish forces and handed over to Iraqi authorities.

Russia Has No Official Confirmation of Al-Baghdadi Elimination - Kremlin Spokesman