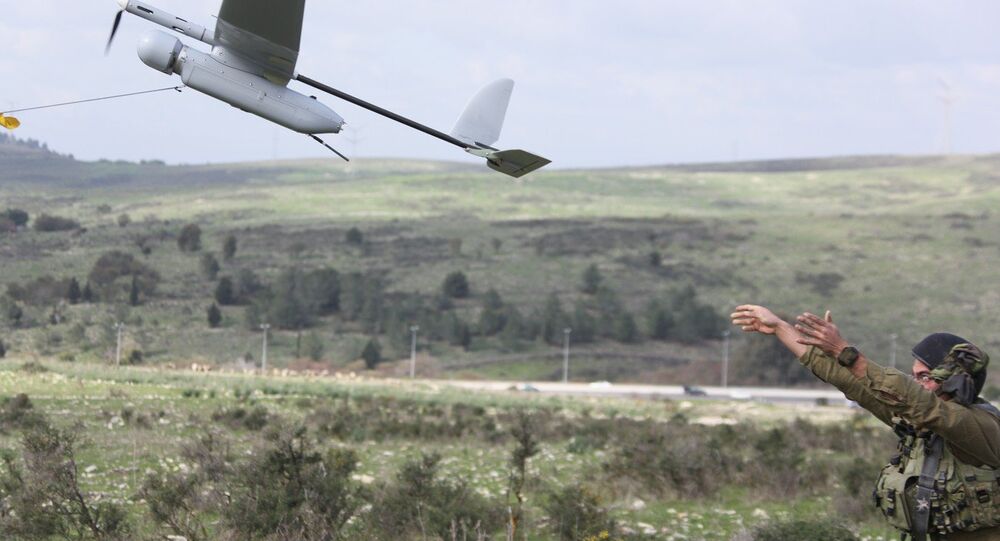 The downing marks the second drone incident near the joint border between the two Middle Eastern neighbours, with the latest drone falling "adjacent to Israel's border with Lebanon, within Lebanese territory" on 23 October.

Beirut-based TV channel Al-Mayadeen reported on Thursday that an Israeli drone had been brought down in southern Lebanon. According to a military spokesman, the UAV crashed near the town of Nabatiyeh.

Al-Manar TV reported that Hezbollah targeted a drone over southern Lebanon "with appropriate weapons" and forced it to leave.

The Israel Defence Forces (IDF), stated, however, that the missile was launched to hit the UAV, but missed it.

A short while ago, an anti-aircraft missile was launched over Lebanese territory towards an IDF UAV. The UAV was not hit.

The news comes just a week after another drone crashed "adjacent to Israel's border with Lebanon, within Lebanese territory".

The tensions between the countries escalated in August when an Israeli UAV hit Hezbollah's media office near Beirut.

© AP Photo / Ariel Schalit
FILE - In this March 7, 2007, file photo, the Israeli army Heron TP drone, also known locally as the Eitan, flies during a display at the Palmahim Air Force Base in Palmahim, Israel

The Israeli government has repeatedly stated that the IDF has a right to maintain freedom of action against Iran and the Lebanon-based movement Hezbollah, and therefore also to send drones across the region. At the same time, Lebanon has repeatedly objected to Israeli operations in its airspace, stating that these violate the country's sovereignty and UN Security Council Resolution 1701.