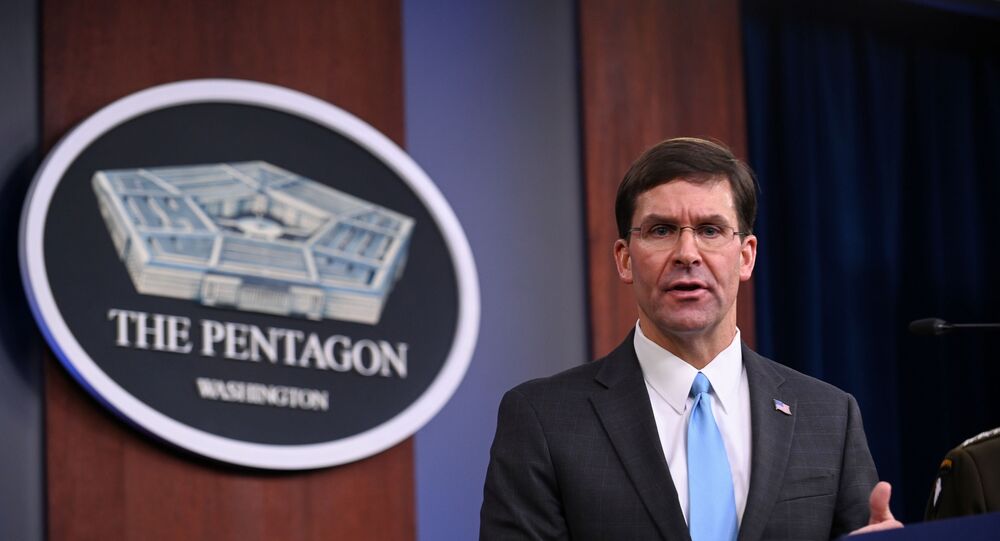 WASHINGTON (Sputnik) - US forces in Syria will continue to counter Daesh* operations with its partners and further maintain its existing mission to protect oil fields there from the terror group, Secretary of Defence Mark Esper said during a press conference.

"Our mission remains what it was in 2014 to (ensure) the continuing defeat of ISIS*. US troops will remain positioned in the strategic area to deny ISIS access to [oil]… The United States will remain focused to defeat the ISIS coalition", Esper told reporters.

Esper said he expected at the end of the day there would be fewer US troops stationed in Syria than before, indicating that he did not expect to deploy more troops in that country despite their continuing mission to secure the oil fields that had previously been used by Daesh to fund its terror.

Baghdadi's death would not rid the world of terrorism, but it would send a warning to terrorists who thought they could hide from the reach of the US armed forces, Esper said.

"The United States has the power to hunt to the ends of the earth those who wish to bring harm to [its] people", Esper said.

Turkey continues to bear responsibility for the consequences of their unwanted incursion, Esper added.

The US military task remained to secure the oil fields in the region and to continue to secure the area, Chairman of the Joint Chiefs General Mark Milley said during the press conference.

The statements come after Donald Trump stated that the US forces hunted down Baghdadi in Syria's Idlib and thanked Russia, Iraq, Syria and Turkey for their assistance in the course of the operation. Russia, in particular, "treated [the US military] great" and opened the Syrian airspace under its control for the US fleet of helicopters to access Baghdadi, the US president claimed. The Russian Defence Ministry, in turn, said that it had not possessed any reliable data about the US operation and had reasons to question the realness of it.