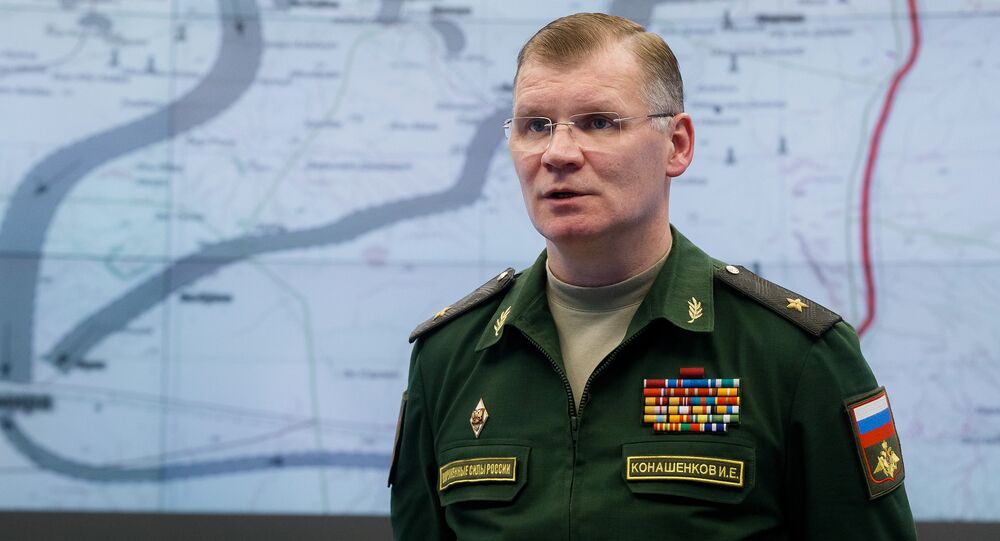 Commenting on US Defence Secretary Mark T. Esper's statement that a group of US troops will remain in eastern Syria, allegedly to prevent Daesh from accessing the oil fields, a Russian Defense Ministry spokesman said the statement should not be a surprise.

In a statement, the chief spokesman for the Russian Defence Ministry, Igor Konashenkov, noted that the US' stated goal of protecting Syrian oil fields from Daesh* fighters could not be farther from the truth.

“What Washington does now – the capture and holding under its armed control of oil fields in Eastern Syria is, simply speaking, an international state banditism,” he said, adding that Syrian oil reserves and other mineral resources belong solely to the Syrian Arab Republic, not to Daesh terrorists or to “American protectors from Daesh terrorists”.

“Neither international law, nor the American legislation itself can justify the US troops’ goal to guard Syrian hydrocarbon reserves from Syria itself and its people,” the statement reads.

Citing intelligence obtained via Russian Defence Ministry surveillance satellites, both before and after the Daesh defeat north of the Euphrates, Syrian oil was being actively extracted and smuggled to other countries, while being guarded by US soldiers.

The oil was smuggled in tanker truck convoys, guarded both by US servicemen and the mercenaries of private military contractors (PMCs), the ministry spokesman said.

“Meanwhile, Washington imposed sanctions on shipping hydrocarbons to Syria, which spans not only US companies, but everyone else,” the statement says.

Despite that, oil extraction is being conducted using equipment provided by "leading Amercian corporations", Konashenkov said.

In case of an attack on convoys, the US military immediately calls upon special operations forces and its air force for protection, he added.

According to the statement, oil extraction was conducted by a US-controlled company, created under the so-called “Autonomous Administration of East Syria”.

The smuggling revenue went through intermediary companies to US intelligence agency and PMC bank accounts, he said.

“Considering one barrel of Syrian oil costs $38, the monthly revenue of this ‘private enterprise’ of US intelligence agencies is more than $30 million,” the statement reads. “For such a constant flow of cash, free of state control and taxes, Pentagon and Langley management will be ready to guard Syrian oil wells from ‘hidden Daesh cells’ indefinitely.”

On 9 October, Turkey announced its 'Operation Peace Spring' which aims to drive Kurdish militias and remaining Daesh fighters away from the border. On 13 October, US Defense Secretary Mark T. Esper said the US will withdraw all of its force of 1,000 soldiers from northeastern Syria. On 25 October, Esper said the US would maintain a "reduced presence" in Syria, citing concerns about Daesh terrorists taking control of the oil fields. His words contradict the Trump administration, which announced earlier this year that Daesh had been 100 percent defeated.

''The United States will maintain a reduced presence in Syria to deny ISIS access to oil revenue as we reposition for the next phase of the Defeat-ISIS campaign,'' Esper said.