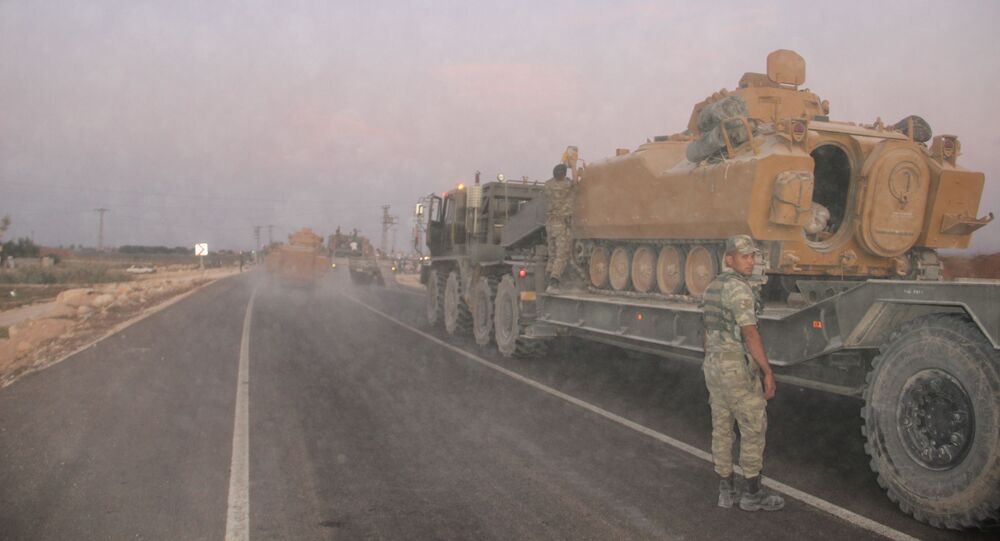 Earlier, Turkish President Recep Tayyip Erdogan and Russian President Vladimir Putin reached a deal to pull the Kurdish fighters back and establish joint patrols in the operation zone in northeastern Syria along the Turkish border.

The United States and Turkey on 17 October reached an agreement on a 120-hour ceasefire in northeasterrn Syria to allow for the withdrawal of Kurdish fighters.

As the five-day ceasefire came to an end, Turkish President Recep Tayyip Erdogan and Russian President Vladimir Putin reached a deal late on Tuesday to pull the Kurdish fighters back and establish joint patrols in the operation zone in northeastern Syria along the Turkish border.