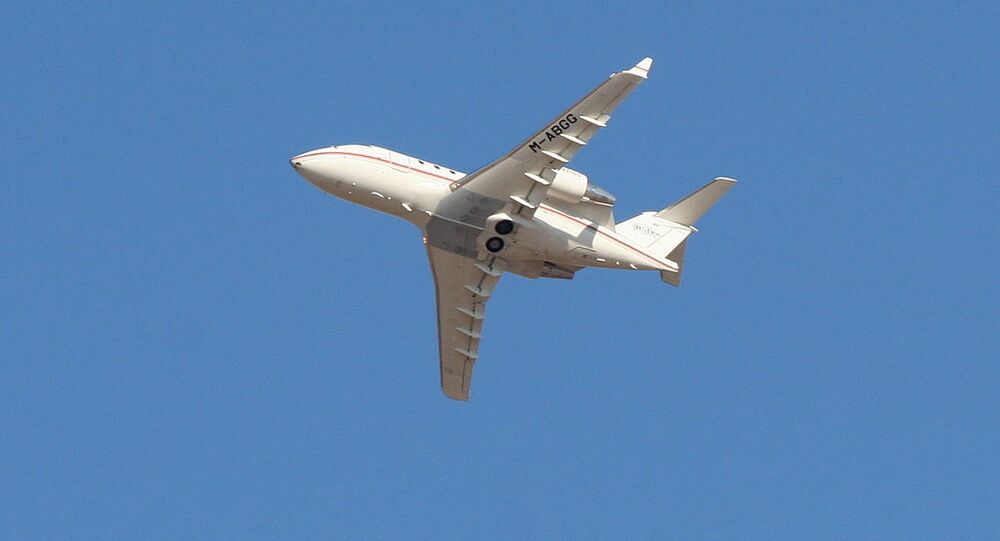 Saudi Arabia and Israel do not maintain official diplomatic relations, let alone a direct air link, so a journey from Tel Aviv to Riyadh by an unidentified individual or a group of individuals is by no means a negligible event.

A private flight was reportedly made this week from Israel to Saudi Arabia with a stop-over in Jordan, sparking speculation that high-profile Israeli officials could be on board.

A Bombardier Challenger 604 jet departed from Ben Gurion International Airport near Tel Aviv and arrived at an airport in Amman, Jordan on Tuesday, where it stopped for two minutes before heading towards Saudi Arabia, according to security reporter Yossi Melman.

“A mysterious flight to Saudi Arabia,” Melman, a contributor for the newspapers Maariv and The Jerusalem Post, tweeted on Wednesday. “The Challenger took off from Ben Gurion Airport last night, and left for Amman, where it stopped for two minutes to launder the flight, then took off Riyadh. After a 55-minute stop-over at the Saudi airport’s runway, the plane returned to Ben Gurion Airport.”

Given that US Defence Secretary Mark Esper was in Riyadh around that time, it led Melman to suggest that a senior Israeli official – perhaps Prime Minister Netanyahu or Mossad Director Yossi Cohen – were among the passengers.

“Did someone from Israel come for a snap trilateral in Riyadh?” inquired Haaretz reporter Avi Scharf.

So earlier I said 'prob unrelated', because I thought Esper had already left KSA for Europe, but now I realize he's still in the neighborhood - he just appeared in Baghdad.
Did someone from Israel come for a snap trilateral in Riyadh? I don't know

The jet’s record on Flightradar24 shows that the jet has also flown between Tel Aviv and Cairo in recent months. According to the flight tracker, the N556US is registered in the United States; the identity of its owner is not disclosed.

The Kingdom of Saudi Arabia does not officially recognise the Jewish state, and the two countries do not have a direct air link. However, multiple news reports over recent years, as well as some verbal hints from senior officials, indicate to a growing behind-the-scenes cooperation between Israel, on one side, and Saudi Arabia and other Gulf nations, on the other side, as a counterbalance to their shared regional foe Iran.

In March 2018, a year after Donald Trump became the first US president to travel directly from Riyadh to Tel Aviv, Saudi Arabia opened its airspace for the first time to an Israel-bound commercial flight from India.