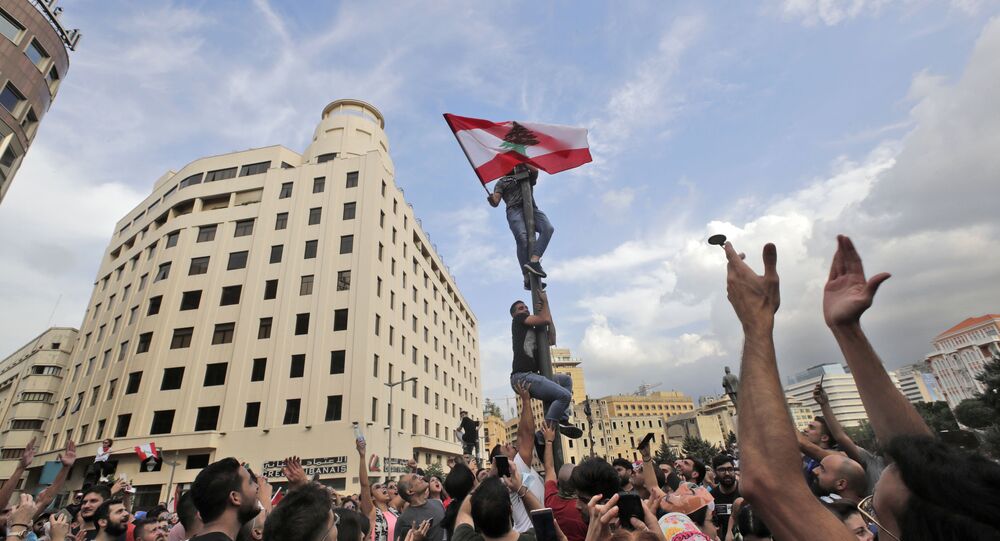 MOSCOW/BEIRUT (Sputnik) - The Lebanese government has endorsed a 17-point economic reform plan, including measures to resolve the electricity crisis in the hope to address demands of mass protests that have been ravaging the country since last week, the presidential office said on Monday.

Prime Minister Saad Hariri unveiled a package of economic measures at the government’s session in the Baabda presidential palace. It came amid the anti-government rallies in Beirut and across the country that have been underway since Thursday, with the demonstrators demanding that the government resign and action be taken to cope with the worsening economic situation. The rallies were initially caused by the government’s plans to raise money from a tobacco tax and internet calls, but later escalated and turned violent.

"The Council of Ministers has approved the reform plan and is now discussing the last item related to electricity," the Lebanese president's office wrote on Twitter.

The office noted that "the atmosphere is calm, and the debate process is positive," with the reform plan comprising 17 points.

After discussing the reform plan, the council also approved a draft budget for 2020. The prime minister stressed that the next budget would have a 0.6-percent deficit and would not include any new taxes. The government will also boost support for the poorest families.

Lebanon’s power sector has long been facing a crisis, particularly, in the area of electricity supplies. Before the Lebanese Civil War, lasting from 1975 to 1990, eleven major power plants supplied most of the country’s electricity, as they were connected in a common distribution network. During the war, the energy sector was seriously damaged.

Between 1992 and 2002, the Lebanese Council for Development and Reconstruction launched a rehabilitation plan, dubbed the Power Sector Master Plan, which proved to be ineffective as the demand exceeded the supply.

The electricity generation capacity in Lebanon still does not meet the demand, with power blackouts being common across the country, coupled with high tariffs.