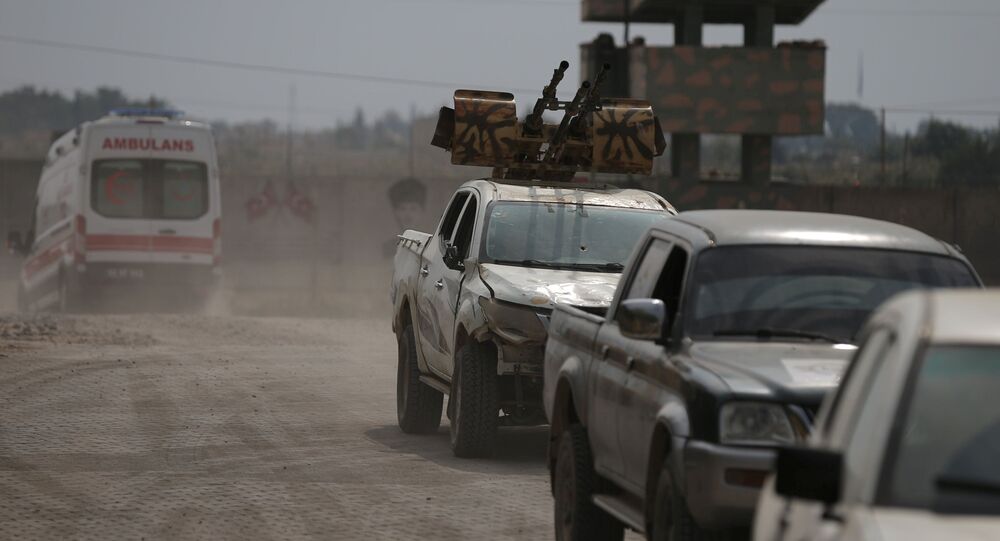 DUBAI (Sputnik) – The Syrian army clashed on Saturday with the Turkish-backed militants near the border city of Ras al-Ayn, the SANA news agency reported.

According to the outlet, the incident took place in the Tall Tamr district in the Al-Hasakah province, with the army having prevented the militants from seizing a village, controlled by Damascus.

At the same time, the militants reportedly managed to seize two villages on the road, connecting Tall Tamr with Ras al-Ayn.

The situation in northern Syria sharply escalated in October after Turkey had launched a military operation against the Kurdish units in the area.

On October 9, Turkey began "Operation Peace Spring" shortly after US President Donald Trump announced the withdrawal of US troops from Syria, stating it aimed to rid its southern border of Kurdish militia which it views as terrorists. The operation immediately drew criticism from the international community, while Damascus called it an occupation. Russia, which supports the Syrian government, called on Turkey to avoid escalation.