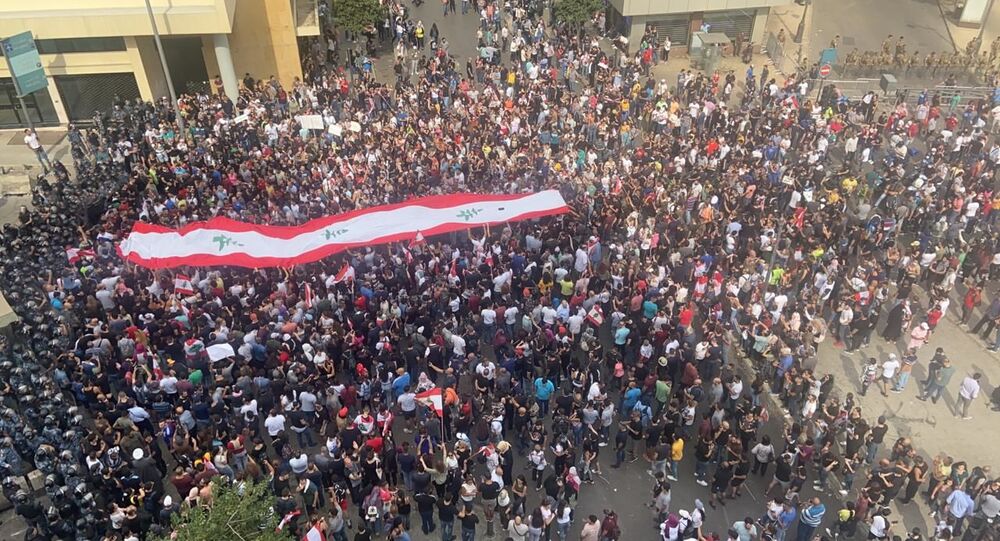 MOSCOW/BEIRUT, October 18 (Sputnik) – Lebanese Internal Security Forces (ISF) deployed tear gas in the early hours of Friday in the center of Lebanon’s capital of Beirut to disperse protesters, rallying against taxes and demanding the resignation of the government, a Sputnik correspondent reported.

On Thursday, the government approved imposing a $6 monthly tax on online calls via mobile applications in a bid to raise additional funds for its debt-ridden budget. Moreover, the authorities introduced a new tax on tobacco and announced plans to increase the value-added tax (VAT) to 15 percent by 2020. The measures sparked mass protests in Beirut and other cities.

The clashes between security forces and protesters occurred in Riad Al Solh Square in the heart of Beirut.

Early on Friday, the ISF’s General Directorate announced that 40 security personnel were injured following the clashes.

"Freedom of speech is sacred and guaranteed by the constitution, but does that justify attacks on public and private property? Does freedom of expression allow attacks on members of the internal security forces, forty of whom have been wounded so far," the ISF said in a statement.

Lebanese Telecommunications Minister Mohammad Choucair announced on Friday that taxes on online calls via WhatsApp and similar mobile applications would be reversed in light of mass protests against the measure.

Lebanon has recently been rocked by anti-government protests amid a severe deterioration of the economic situation in the country. On Thursday, Lebanese President Michel Aoun said the country suffered from a financial blockade and sanctions.