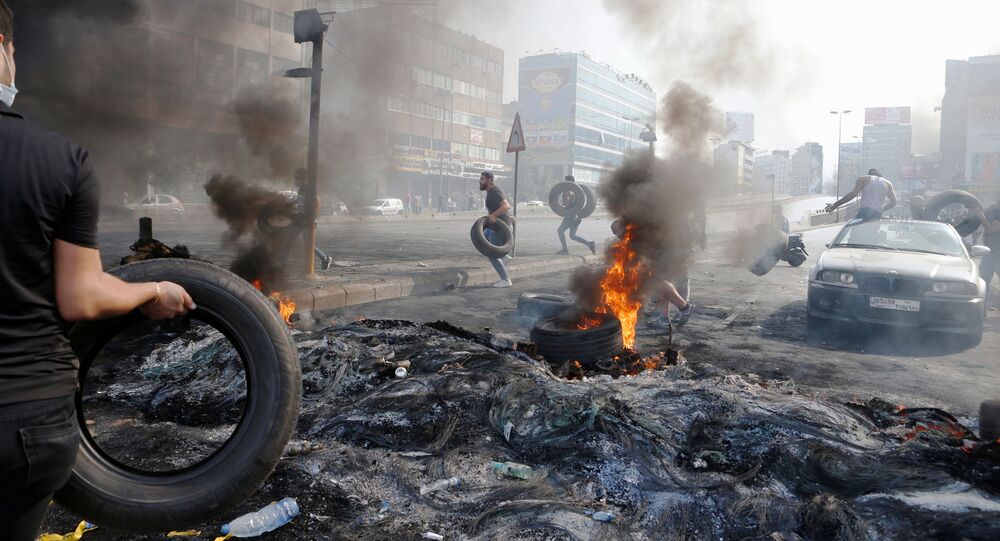 Earlier in the day, Lebanese Telecommunications Minister Mohammad Choucair announced that a decision to impose taxes on online calls via WhatsApp and similar mobile applications would be reversed in the wake of mass protests against the measure.

On Thursday, the government approved imposing a $6 monthly tax on online calls via mobile applications in a bid to raise additional funds for its debt-ridden budget. Moreover, the authorities introduced a new tax on tobacco and announced plans to increase the value-added tax (VAT) to 15 percent by 2020.

The measures sparked mass protests in Beirut and other cities. According to media reports, protesters blocked off the Beirut-Damascus international highway.