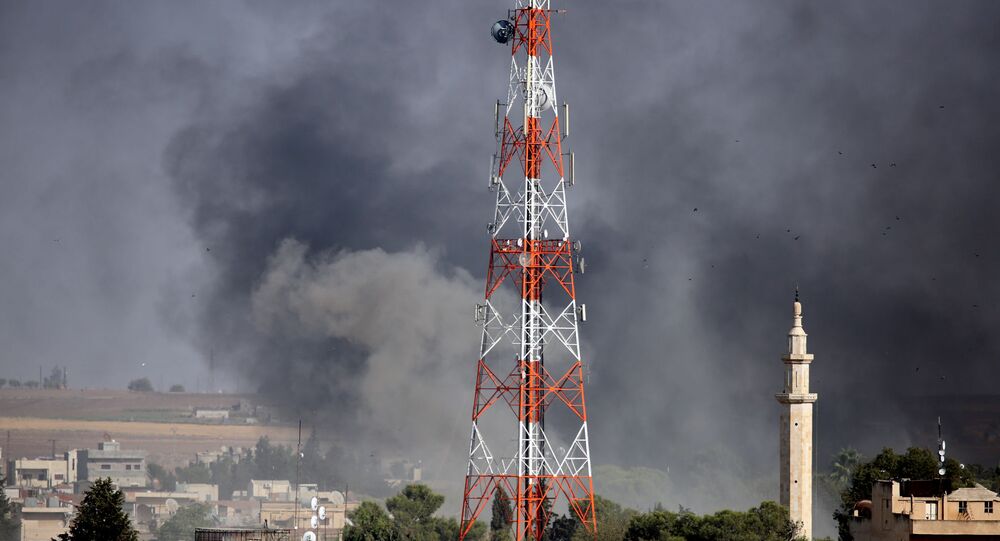 On 9 October, Turkish President Recep Tayyip Erdogan announced the launch of Operation Peace Spring in northern Syria. Ankara claimed the military operation, which has widely been condemned by the international community, aims to clear a 30-35 kilometre-wide (18-22 miles) 'zone' along Turkey’s border with Syria.

Numerous countries have criticised Turkey for its latest military operation against Syria; Ankara moved troops into the northeast of the country in the wake of a US military pull-out from the region, where Washington had been helping predominantly Kurdish fighters from the Syrian Democratic Forces (SDF) defeat Daesh*. Most of these fighters are part of the Kurdish People's Protection Units (YPG), which Turkey considers to be terrorists.

Damascus has condemned what it has called an act of foreign aggression, and has moved in to make amends with the Kurds so that they could defend Syria's borders together. Additionally, many foreign powers are opposed to the operation. Syria's allies Iran and Russia, which alongside Turkey were co-guarantors of the Syrian ceasefire as a result of the Astana Peace Talks, have both demanded that Ankara respect Syria's sovereignty; Tehran has demanded that Erdogan immediately stop the offensive and withdraw from the country.

Even nations which generally oppose Damascus, including France, Germany and the United Kingdom, have already embargoed arms exports to Turkey, while others have threatened to proceed with political and economic measures aimed at halting Ankara's offensive.

Meanwhile, Erdogan is planning to visit Russia's Black Sea resort city of Sochi to hold talks on the ongoing Syria operation with Russian President Vladimir Putin on 22 October, as the Turkish presidential administration announced on Wednesday.