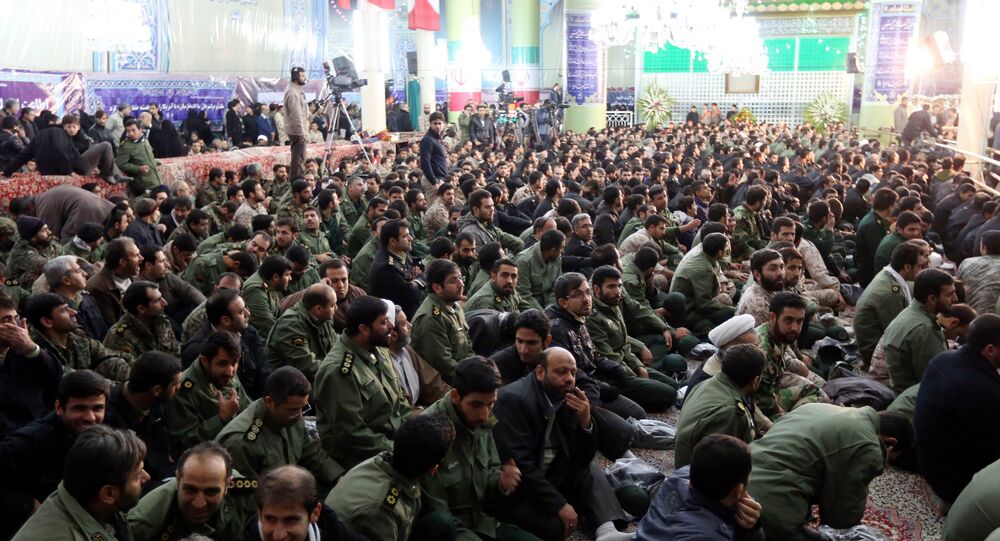 MOSCOW (Sputnik) - Iranian Supreme Leader Ayatollah Ali Khamenei has delivered a commencement speech to the graduating cadets of the Imam Hussain Military Academy in which he urged the Islamic Revolutionary Guard Corps (IRGC, part of the Iranian Armed Forces) to be self-reliant in the invention and production of military equipment.

"The military equipment of the IRGC must be advanced and up to date; you should invent and manufacture them yourselves", Khamenei said, as quoted by his press service.

He continued by calling upon the future elite servicemen to "investigate to find out what you need in all military and intelligence arenas".

Earlier in October, the Iranian Tasnim news agency reported that the IRGC Intelligence Organisation had foiled the attempt by a "group of terrorists" to organise an explosion in Iran’s city of Kerman, which the head of the Iran Revolutionary Guard Corps (IRGC) Quds Force unit, Maj. Gen. Qasem Soleimani was due to visit during the Yom Ashura mourning day in early September. IRGC intelligence head Hossein Taeb said that the attempt was aimed at starting a "religious war". He also noted that members of the terrorist group, who were preparing for the crime, were detained.

The Islamic Revolutionary Guards Corps, created in April 1979 from militias of Islamic Revolutionary Committees, supporters of then-Supreme Leader Ayatollah Khomeini, are under command of Iran's Supreme Leader. The IRGC consists of the main command, joint headquarters, ground, air force and navy. It includes Quds special forces and Basij, the forces of the national militia.