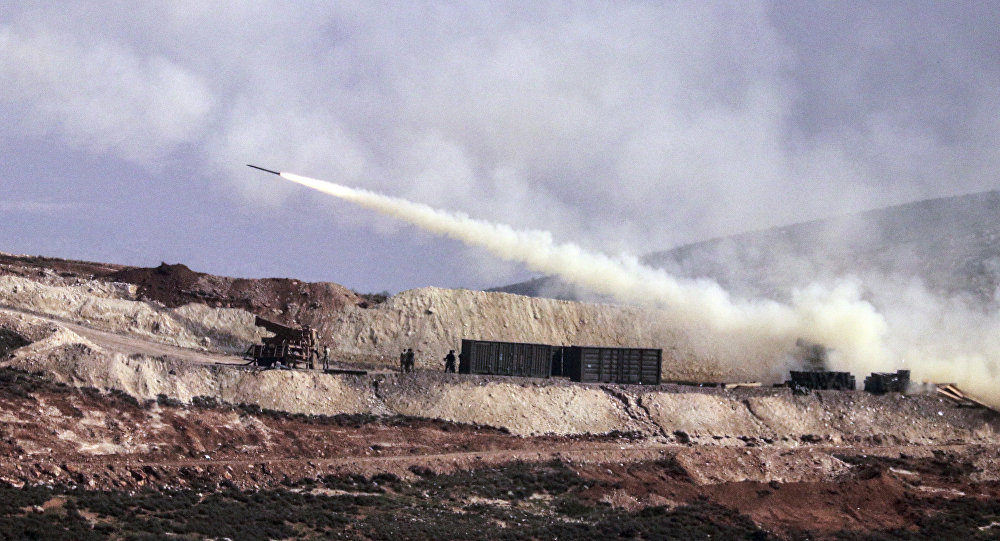 During the previous day of battles, the Turkish military and the Syrian Democratic Forces (SDF) clashed in the city of Ras al-Ayn. The militants claim they have hit 7 tanks and killed 75 soldiers, while Turkey claimes that it has neutralised 415 SDF fighters since the start of the op.

The live video shows the city of Tel Abyad on the Turkish-Syrian border during the offensive of the Turkish forces in the region. Ankara plans to create a so-called "safe zone" after driving out Daesh* fighters and the US-backed SDF, which it considers to be affiliated with the Kurdistan Workers' Party (PKK) blacklisted by Turkey as terrorists.

"Operation Peace Spring" was launched on Wednesday, and has faced opposition from the US, France, Germany, and the Arab League, but President Recep Tayyip Erdogan has promised to continue it despite numerous warnings of possible sanctions and arms sales bans.

Damascus has condemned the offensive, stressing it is another violation of Syria's sovereignty by Ankara.