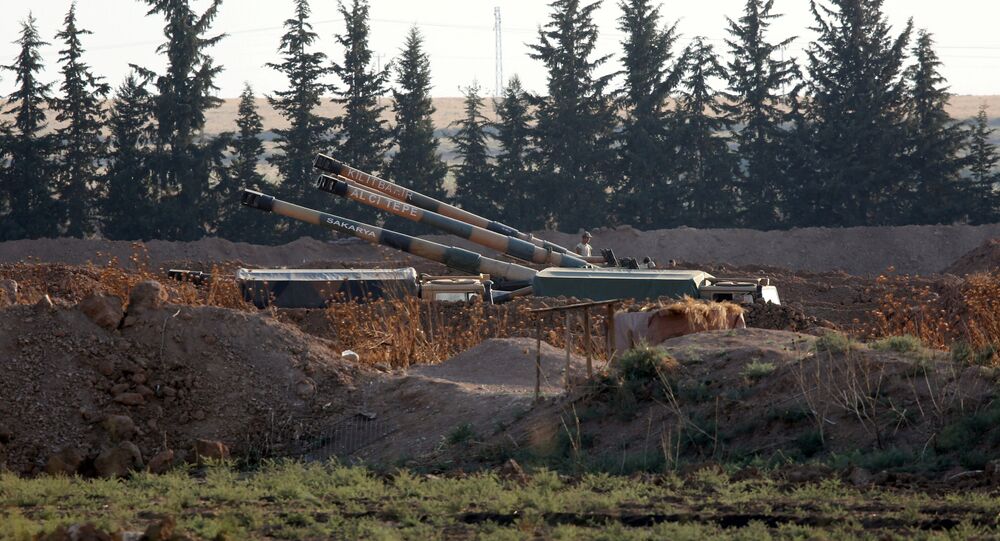 On Wednesday, Turkey kicked off "Operation Peace Spring" against Kurdish militia forces in de facto autonomous northeastern Syria in the wake of US troops' departure from the region, with the stated goal of eliminating "terror threats" along the Turkish border with Syria and establishing a safe zone for the return of refugees.

The Turkish Defence Ministry stated on Friday that the first officer had been killed during the country's ongoing military operation against the de facto autonomous Kurdish region known as Rojava in northeastern Syria.

"Our comrade died on 10 October during Operation Peace Spring in clashes with terrorists (PKK-YPG) of the Kurdistan Workers' Party - Syrian-Kurdish Self-Defence Forces", Defence Minister Hulusi Akar said in a statement.

The ministry also reported that the number of "PKK-YPG terrorists" neutralised during the operation reached 277. On Thursday, the Turkish military said that it had struck 181 Kurdish targets during the course of its offensive and had killed at least 219 fighters from the de facto autonomous region's Kurdish People's Protection Units (YPG).

Turkish President Recep Tayyip Erdogan announced the beginning of so-called Operation Peace Spring Wednesday with an eye to creating a safe zone near the Syrian-Turkish border, clearing up "terrorists" and ensuring a safe return for the Syrian refugees currently hosted in Turkey.

The territory on the Syrian side of the border is currently controlled by the Kurdish-led, formerly American-backed Syrian Democratic Forces (SDF), which Ankara considers to be affiliated with the PKK, listed as a terrorist organisation in Turkey.