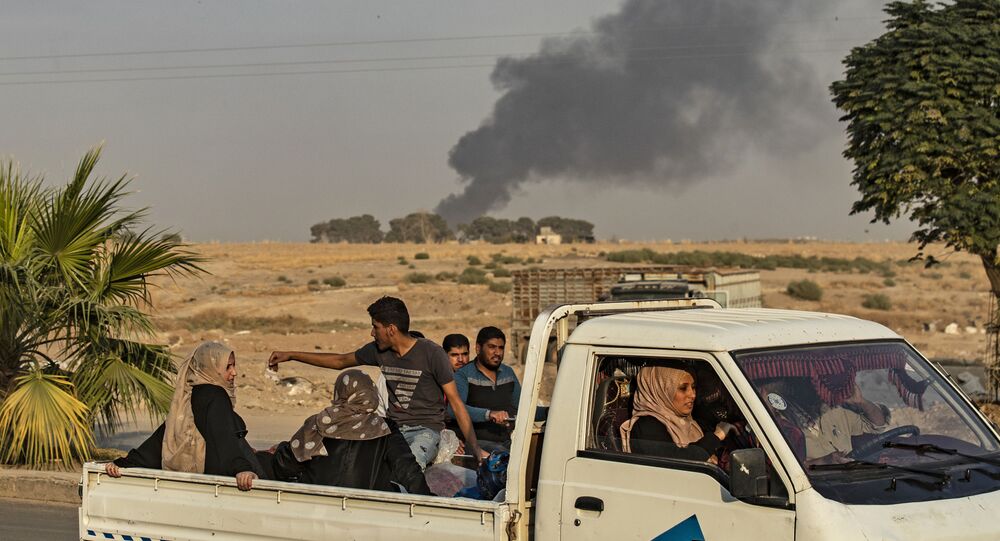 ANKARA (Sputnik) – Kurdish-led forces have been forced out of 11 settlements, located in the vicinity of the town of Tal Abyad and the city of Ras al-Ain, since the beginning of Turkey’s Operation Peace Spring in northern Syria, media reported on Friday.

The state-run Anadolu news agency reported that the villages of al-Yabisah and Tal Fandar were the first to be cleared of Kurdish-led units on Thursday.

The villages of Musheirifa, Dadat, Bir Ashiq and Hamidiyah, located near Tal Abyad, and the settlement of Kishto near Ras al-Ain were subsequently liberated.

The Turkish military reportedly went on by clearing the villages of Lower Kishto, located to the west of Ras al-Ain, and the settlements of Barzan, Al Jadedah and Gisas of the Kurdish-led forces.

Moreover, units of the Turkish-backed Syrian National Army have broken the Kurdish forces’ supply chain in the Dirbasiye district of the Hasakah province.

Turkey has said that Operation Peace Spring, which began on Wednesday, is aimed at liberating the Turkey-Syria border area from members of the Daesh terror group and the Kurdistan Workers' Party - People's Protection Units (PKK-YPG), which are believed to be terrorists by Ankara.

From the Syrian side of the border, the territory is controlled by Kurdish-led Syrian Democratic Forces that Ankara believes are affiliated with the PKK.

The Turkish Defence Ministry said earlier on Friday that it had neutralized 228 "PKK terrorists" and struck 181 targets in the course of Operation Peace Spring.