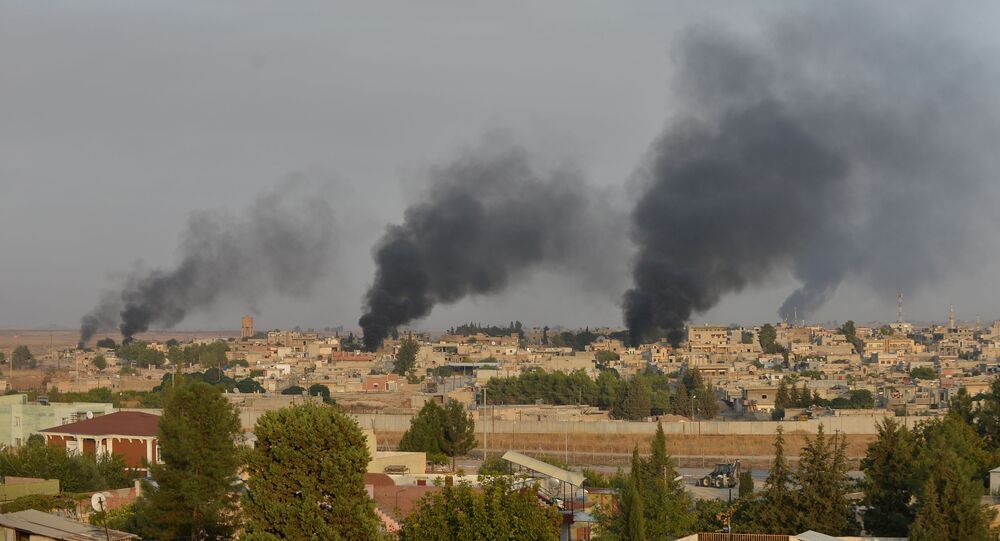 On Wednesday, Turkey kicked off Operation Peace Spring in northeastern Syria against the Kurdish militia and Daesh fighters, claiming that the offensive was aimed at clearing the border area of terrorists and establishing a safe zone for a safe return of Syrian refugees.

The Turkish armed forces are also preparing to enter the center of Ras al-Ain in the near future, and are waiting for the go-ahead, according to the Sputnik correspondent. There are currently no clashes with Kurdish units.

According to the latest data provided by the Turkish Defence Ministry, the military has carried out attacks on 181 targets in Syria's north. The Syrian state-run television claims that Turkey's shelling of Syria's border towns has left eight civilians killed and 20 others injured.

Turkish President Recep Tayyip Erdogan announced on Wednesday the start of Operation Peace Spring in northern Syria, near the border with Turkey, against the Kurdistan Workers' Party, seen as a terrorist organisation in Turkey, and the Daesh* terrorist group.

The start of Turkey's offensive in northeastern #Syria, as witnessed by residents of a small village near the Syrian border town of Tal Abyad, one of the first targets of Turkish jets. The airstrike hit a Kurdish military base. Most locals have already fled #OperationPeaceSpring pic.twitter.com/9HsJRqjpIx

On the same day, Turkey conducted airstrikes on Ras al-Ain and Tal Abyad, also located at the border, and announced the beginning of a land offensive.

Turkey claims that the operation aimed at clearing the border area of Kurdish militias, creating a security zone and accommodating Syrian refugees there.