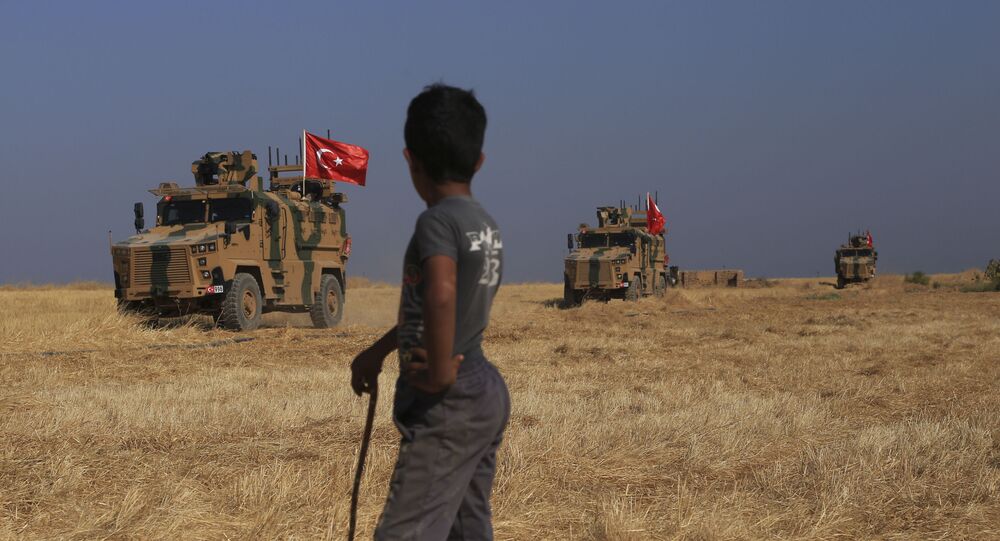 Shortly after Washington announced that the US is withdrawing its troops from northern Syria on Sunday, President Trump went on Twitter to warn Turkey against actions that he said he considers “to be off limits”. This came after Ankara’s announcement about its readiness to launch a military operation in Syria.

Turkish Vice President Fuat Oktay has stated that Ankara will not yield to threats over its plans to stage a military operation in Syria.

“Our message to the international community is clear: Turkey is not a country that will be moved by threats. As far as Turkey's security is concerned, we determine our path all by ourselves,” Oktay told reporters in Ankara on Tuesday.

He warned that Turkey will tolerate the creation of “a terror corridor next to our borders under no circumstances, whatever the cost.”

“Our position will remain unchanged when it comes to the safety of our borders and the future of Syrian brothers, as well as Syria’s territorial integrity and political unity,” Oktay added.

According to him, 370,000 Syrian refugees have already returned home to areas in Syria’s northwest, where Turkey previously carried out the military operations “Euphrates Shield” and “Olive Branch”.

“Now the time has come to create a security zone east of the Euphrates. Turkey will tackle the terrorists who threaten our country from the southern borders and will also facilitate the return of Syrian refugees to their homeland,” Oktay concluded.

The remarks come a day after US President Donald Trump  Trump threatened to “totally destroy and obliterate” the Turkish economy if he considered any of Ankara's moves “to be off-limits."

Earlier, he wrote on Twitter that getting the US out of wars was the reason he was elected, just hours after the White House announced American troops’ withdrawal from their positions in northern Syria, adding that US forces would not support the upcoming Turkish military operation in the Arab country.

According to Trump, the US military should fight only where it is in the country's interest, "and only fight to win."

He said that the operation’s goal is to clear Kurdish militias from the Syrian border with Turkey, create a security zone and accommodate Syrian refugees in the area.

Ankara and Washington previously talked about creating a safe zone in the northern part of Syria, but last month Turkey accused the US of stalling the process and warned that it would establish a safe zone without Washington’s help if needed.

Damascus, in turn, slammed both states as occupiers given that their forces have been deployed in the country illegally, without any authorisation from the Syrian government or the UN Security Council.

Turkey has long been opposed to the presence of Kurdish militias in northern Syria, claiming that they pose a threat to the country's security. The Kurdish forces include the US-backed Kurdish People's Protection Units (YPG), seen by Ankara as an affiliate of the Kurdistan Workers' Party (PKK), blacklisted as a terrorist organisation in Turkey.