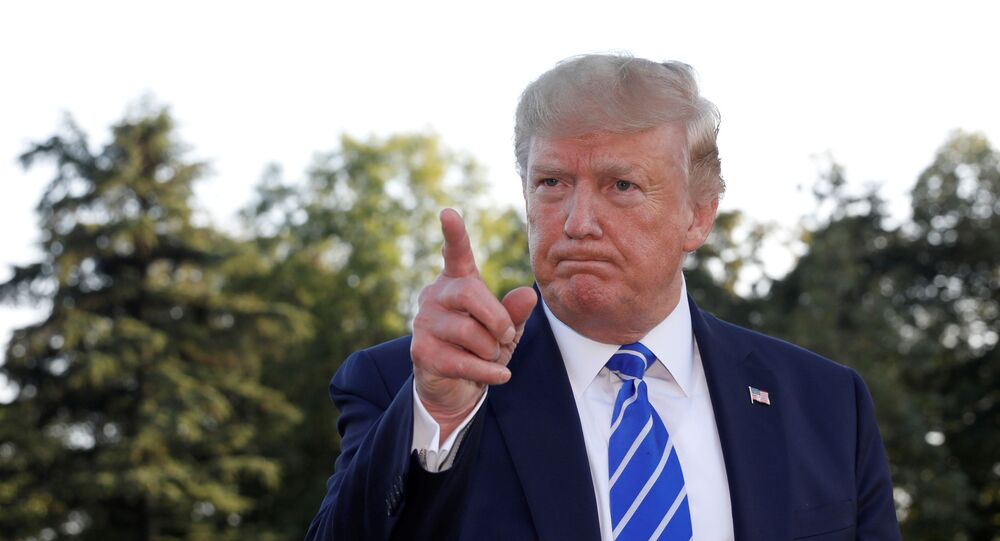 Earlier, the al-Ikhbariya broadcaster reported that Turkish jets had attacked the headquarters of the Syrian Democratic Forces (SDF) in the Hasakah province.

President Donald Trump on Monday said the United States had about 50 troops in northeast Syria and warned Turkey against hurting US personnel during its planned operation.

"Syria was supposed to be a short-term hit [...] we only have 50 people in that area, that's a small sector, I don't want those 50 people hurt or killed or anything, I don't want anything bad to happen to our people and I told that to President [Recep] Erdogan", Trump said.

"I've told Turkey that if they do anything outside what we would think is inhumane [...] they could suffer the wrath of an extremely decimated economy", Trump said.

The Turkish jets earlier on Monday reportedly destroyed two bridges at the Samalka checkpoint on the border between Syria and Iraq.

Erdogan announced that Ankara may launch a military operation in Syria in the coming days to clear the border area of Kurdish fighters. Meanwhile, the White House said late on Sunday that US forces would not support the Turkish military operation and would withdraw from the area.

The SDF has said that Turkey's planned military operation in Syria's northern and eastern areas would have a "significant negative impact" on the war against the Daesh terrorist group and would "destroy all the stability achieved during the past years".

The United States began withdrawing its forces deployed with Syrian Kurds in the north of Syria and the White House announced that Turkey was free to move forward with its long-planned military operation.

On 7 August, Turkey and the United States agreed to create a safe zone in northern Syria after months of tensions between the two countries over the presence of Kurdish militants, considered to be terrorists by Ankara. The deal has not yet been fully implemented.

*Daesh (IS, Islamic State, ISIS, ISIL) is a terrorist group banned in Russia and many other states.