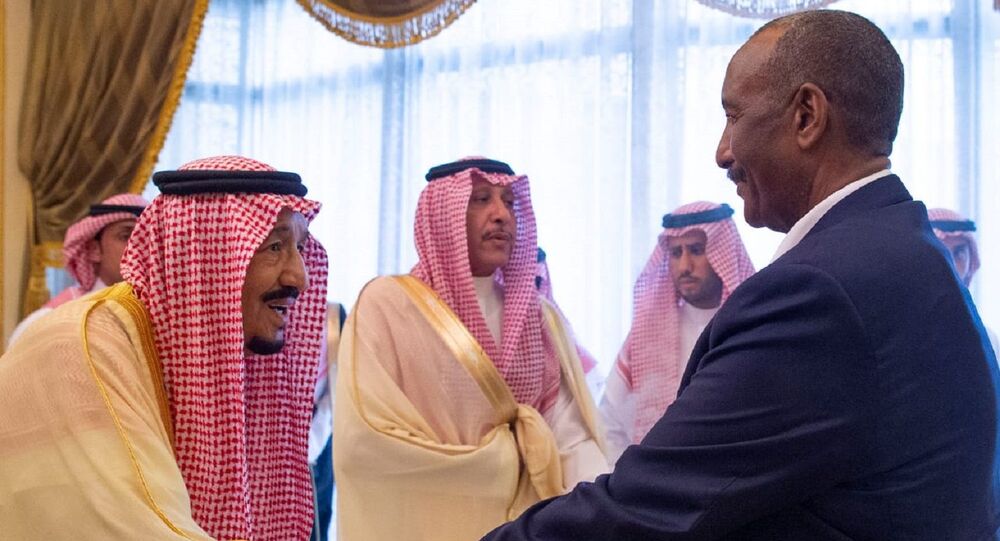 The Saudi announcement comes on the heels of French President Emmanuel Macron's statement on Monday at a joint press conference with the Sudanese prime minister. Macron said that France would work on convincing the United States to remove Sudan from the list of state sponsors of terrorism.

Saudi Arabia is undertaking efforts to remove Sudan from the US terrorism list, according to a publication posted on the Saudi Foreign Ministry’s Twitter page.

For the brotherly country #Sudan and its brotherly people 🇸🇦🇸🇩 pic.twitter.com/5u099ojoON

The statement comes as President of the Sudanese Sovereignty Council Abdel Fattah al-Burhan and Prime Minister Abdullah Hamdok arrived in Riyadh. The Sudanese officials have embarked on their first foreign trip, which will also include a visit to the United Arab Emirates.

Al-Burhan was sworn in as the head of the Sovereign Council of Sudan in August. The council, which will govern the country in the run-up to the next elections, comprises five members of the military and five civilian representatives, while one more member is elected by the public.

Sudan was rocked by mass protests in December. Initially, people took to the streets to protest against the rising bread prices, but later the protesters started demanding the resignation of the country's leader Omar Bashir. Tensions escalated in April, when Bashir was detained by the military.

The United States added Sudan to its list of state sponsors of terrorism on 12 August 1993. The sanctions, in particular, limit the Sudanese banks' ability to work with foreign partners. Earlier this August, Sudan’s new prime minister, Abdalla Hamdok, announced the start of negotiations with the United States on removing the country from the state sponsors of terrorism list.