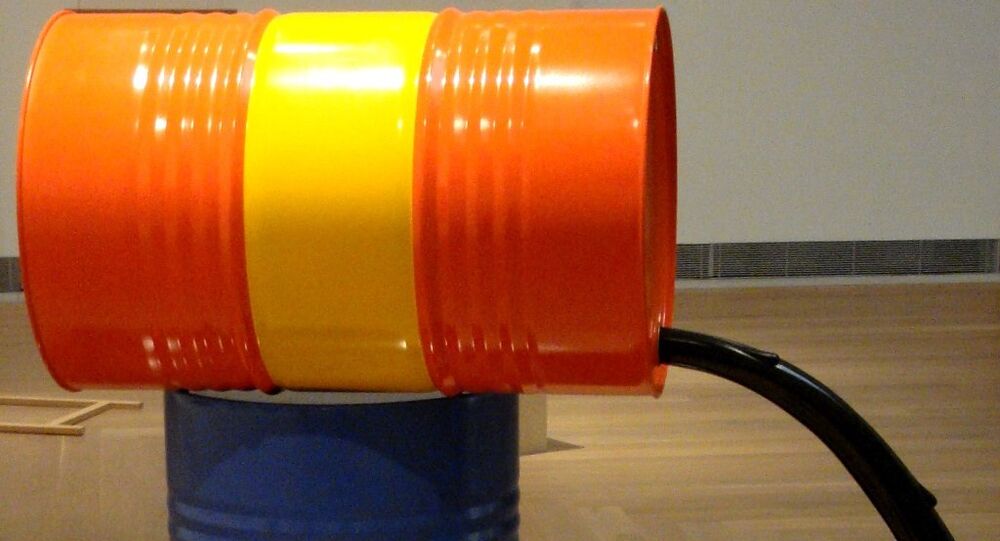 The Islamic Republic announced a project to construct a $1.8 billion pipeline earlier this month. According to the authorities, it will allow the country to export oil bypassing Strait of Hormuz.

Iranian Oil Minister Bijan Zangeneh stated on Sunday that his country would use all opportunities to export crude, stressing that it is Tehran's legitimate right.

"We will use every possible way to export our oil and we will not succumb to America's pressure because exporting oil is Iran's legitimate right", he said.

© AP Photo / Amr Nabil
In this photo opportunity during a trip organized by Saudi information ministry, a worker walks in front of the Khurais oil field in Khurais, Saudi Arabia, Friday, Sept. 20, 2019, after it was hit during Sept. 14 attack.

"We want to be friends with all regional countries. Out mutual enemy is outside the Middle East... I have no problem to meet with Saudi Arabia's oil minister. China has pulled out of developing the phase 11 of the South Pars field and Petropars will carry out the job", Zanganeh said

The Iranian energy industry became the first target of sanctions imposed by the US last year after President Donald Trump's decision to withdraw from the 2015 nuclear deal with Tehran. The European countries refused to join the sanctions, but the Iranian government urged them to shield Iran from Washington's policies and suspended several obligations under the accord.

According to various estimates, oil exports by Middle Eastern country were cut by more than 80 per cent since sanctions were re-imposed.