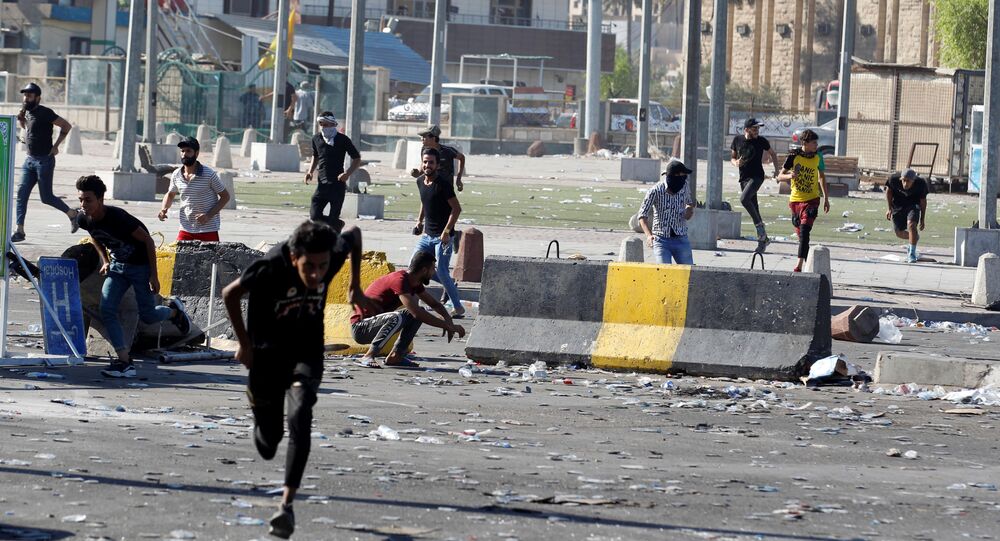 DAMASCUS (Sputnik) - Iraqi police officers used lethal force against a small group of protesters near Tahrir square in Baghdad amid the anti-government protests that are sweeping the country, the Shafaq news agency reported on Friday.

According to the outlet, apart from Tahrir square, the majority of the capital's districts had been quiet since morning.

The media also reported that the security forces were dispersed throughout the city's main squares and streets and that another mass protest was set to take place later in the day.

In his televised message, Iraqi Prime Minister Adil Abdul-Mahdi announced the creation of a committee to release previously detained protesters and said that all who had died in the protests would be considered "martyrs." He also promised to introduce payments to low-income families.

The demonstrations in Baghdad and several other areas in central and southern Iraq began on Tuesday, with the protesters demanding economic reforms and an end to corruption. The rallies turned violent as law enforcement officers attempted to suppress the crowds.

Early on Thursday, a curfew was introduced in Baghdad and several other regions, but the move failed to de-escalate the violence. Over two dozen people have been killed, including both protesters and law enforcement personnel.