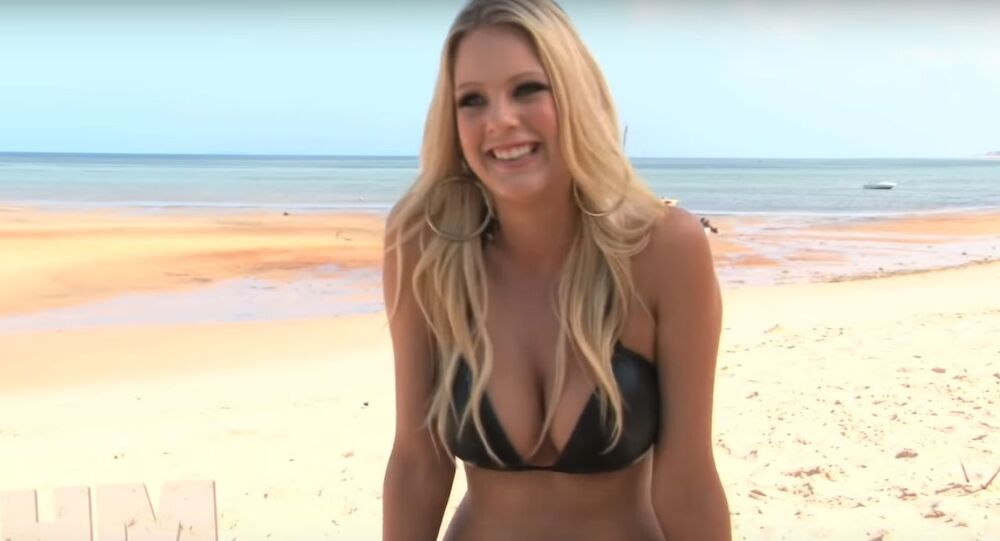 On Monday, the New York Times reported that Lebanon’s prime minister may have been romantically engaged with a South African model at an exclusive resort in the Seychelles some years ago, citing court documents alleging that he had transferred over $16 million into her account during their secretive rendezvous.

Lebanese Prime Minister Saad Hariri is facing heat from his constituents over his potentially inappropriate behaviour amid reports that he transferred large sums of money to South African bikini model Ms. Candice van der Merwe, who he was reported to have courted back in 2013.

Van der Merwe allegedly met Hariri while the billionaire businessman and politician was leader of the opposition Future Movement Party. After South African tax authorities audited her over a $15.3 million payment from Hariri which she described as a ‘gift’, the woman launched a lawsuit against the tax authorities, citing damage to her career and financial well-being. In an excerpt from a court document seen by the New York Times, van der Merwe’s lawyers argued that the termination of her relationship with Hariri had “resulted in the loss of financial benefits that would have accrued to her from the relationship if it had been allowed to persist without outside interference.”

Hariri dismissed the case, accusing his enemies of launching “campaigns” against him, and vowing that he would “keep working” and would “carry out the reforms necessary to pull the country out of the crisis it is going through.”

On Wednesday, Mustafa Alloush, a membership of the Future Movement Party’s political executive, told Sputnik Arabic that Hariri had no plans to resign over Lebanon’s current economic crisis, saying that the main opposition forces, including Hezbollah and the Free Patriotic Movement, were not interested in his dismissal, “because the options are chaos, especially since there is great difficulty to produce an acceptable government.”

As for the NYT bikini model story, Alloush argued that it wasn’t really news. “It was talked about four or five years ago. Why are you talking about it now?” he asked.

But online, the reported payoff seemed to only add fuel to anger against the prime minister, particularly as Beirut struggles to weather its economic woes.

Lebanese Therapist: and what do we do when our country is facing an economic crisis?

16 million $ could have easily created multiple job opportunities for countless of Lebanese citizens.

A true leader doesn't sleep, eat or rest until he's assured his people are fed and living in dignity. A crook does one of these:
-Flees in his pyjamas to the french embassy
-Get enriched through electricity deals
-Pays 16 millions dollars to have fun with a model#سعد_الحريري

Some users also recalled recent protests by the staff of Future TV, a media network owned by Hariri, whose employees have been striking over unpaid wages since August, prompting its closure last month.

Can you spare a similar amount to pay us two years of withheld salaries + compensations for firing us?

Future TV employees watching Saad Hariri shut down the channel while he sends off money to a South African model pic.twitter.com/cSOXj4Yqzh

Because paying your hard working employees is overrated. @saadhariri#سعد_الحريري https://t.co/7JWNPzfVHJ

Others challenged the claims and defended Hariri, however, accusing NYT of regularly making up “fake news,” or asking why the payoff story, which first appeared in South African media as far back as last year, was reappearing now.

so you believe anything written by the @nytimes , a known outlet of fake news?

Interesting that the $16 millon Hariri payment to “a model” came out last year but only went viral when the @nytimes covered it this week. Why? https://t.co/gDO7snwuuc

*"All lebanese politicians stealing more than 10 billions for personal and corrupted reasons including personal airplanes, sex, drugs etc... since 2000.'*

Everybody:Oh no wayy! You stealing our money bitch? whyy :(

... now I have to say - despite the fact that I'm not that keen on Lebanon's PM Saad Hariri - I find the story of a $16 million gift a tad fishy ... if it was a smaller amount - maybe - but this seems Middle-East-style propaganda overkill ... pic.twitter.com/OU03X6k2fw

Lebanon’s capital has faced mass demonstrations in recent weeks amid fears of a nearing economic collapse, with protesters citing declining living standards, food and fuel and currency shortages caused by a decision taken over two decades ago to peg the Lebanese pound to the US dollar.

Hariri, 49, served as Lebanon’s prime minister between 2009 and 2011, and then again starting in late 2016. The politician was appointed by President Michel Aoun under the country’s confessional system, which requires the prime minister to be a Sunni Muslim. Before entering politics, Hariri, believed to be worth over $1.3 billion, served as chairman of Oger Telecom, a subsidiary of Saudi construction company Saudi Oger Ltd, which closed down in July 2017. Hariri has long had a rocky relationship with leaders in Syria, who put out an arrest warrant against him in 2012 after accusing him of financing terrorist groups, and amid unsubstantiated allegations that Syria was somehow involved in the assassination of Hariri's father, Rafic Hariri, in 2005.