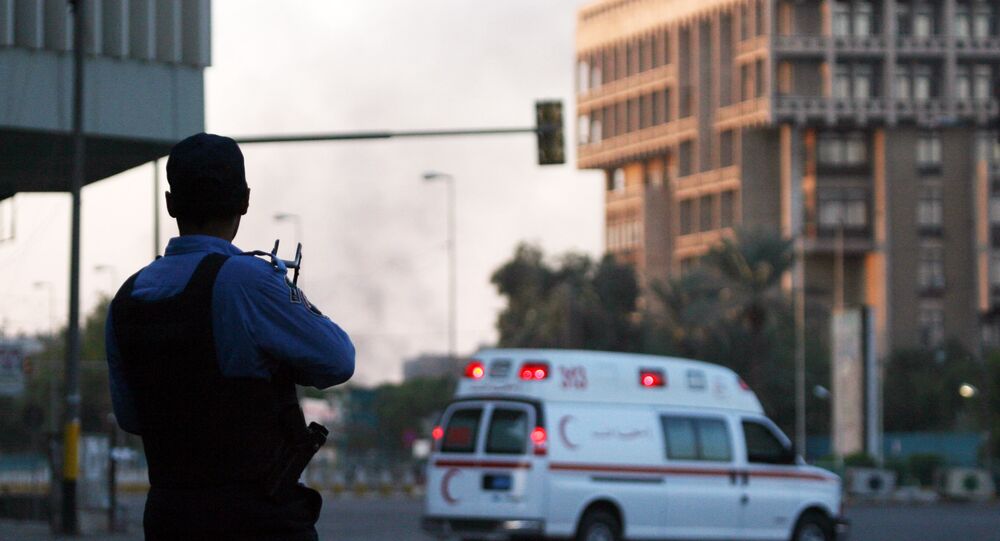 MOSCOW  (Sputnik) - The US-led international coalition fighting against the Daesh* terror group said none of its facilities had been hit by blasts that rocked the Green Zone in the Iraqi capital of Baghdad.

"This morning’s explosions in the International Zone are under investigation by Iraqi Security Forces; we appreciate the ISF’s rapid response. No Coalition facility was struck. Coalition troops always reserve the right to defend ourselves, attacks on our personnel will not be tolerated," the coalition's spokesman, Col. Myles B. Caggins III, said in a statement.

The coalition added it was also monitoring reports of ongoing protests in Baghdad. It called for reduced tensions between involved sides and expressed concerns over casualties among civilians and security forces incurred during the protests.

Early on Thursday, media reported that two blasts had struck the so-called Green Zone, also known as the International Zone — an area in the Iraqi capital, where government offices and foreign diplomatic missions are located. According to the media reports, the area was hit by two projectiles, one of which landed near the Turkish embassy building, while the other fell in the area of Al Harisiya bridge.

Baghdad has been facing the demonstrations since Tuesday. The protests have turned violent as security officers tried to disperse the protests.

On Wednesday, the United Nations has expressed concern over the ongoing violence and called for restraint.

*Daesh (also known as ISIS/ISIL/IS/Islamic State) is a terrorist group banned in Russia and many other countries.