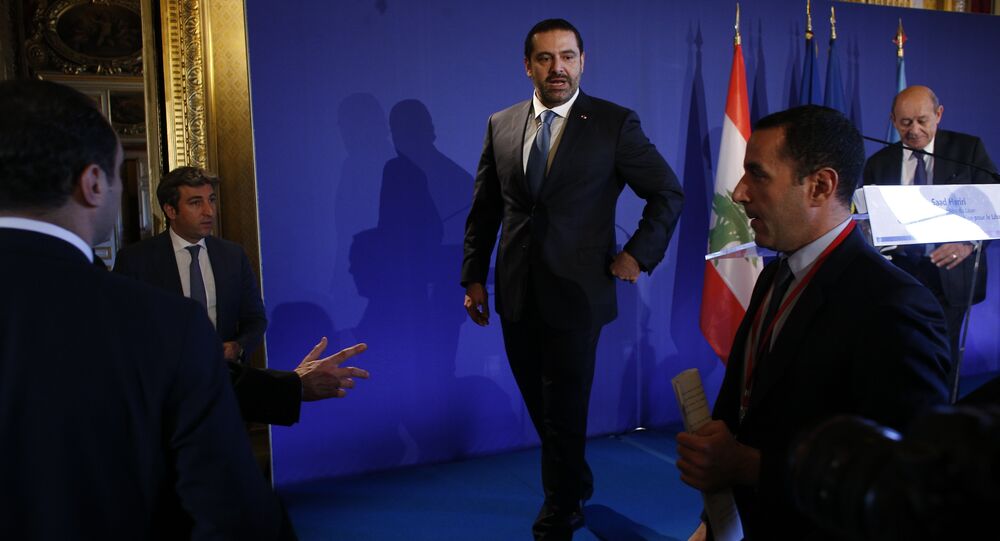 On Monday, the New York Times reported, citing court documents, that Lebanon’s prime minister may have been romantically involved with a 19-year-model from South Africa whom he allegedly met at an exclusive resort in the Seychelles Islands, and paid her over $16 million in cash during their romantic rendezvouses.

Lebanese Prime Minister Saad Hariri has indirectly responded to what he described as one of “many campaigns” against him on Tuesday, following a New York Times article accusing him of paying over $16 million to a South African bikini model.

“No matter how many campaigns they launch against me and no matter what they say, do or write, I will keep working and I won’t stop,” Hariri said, speaking at a cabinet meeting in Beirut on Tuesday, Lebanese news portal Naharnet News has reported.

“I will carry out the reforms necessary to pull the country out of the crisis it is going through,” the prime minister promised, adding that it was “clear” to him “that someone is trying to undermine stability in the country.”

In its reporting Monday, the New York Times alleged that Hariri had become romantically involved with Ms. Candice van der Merwe, a South African national he reportedly met at a private resort in the Seychelles Islands, and with whom he allegedly had an affair.

According to the newspaper, payments to van der Merwe from Hariri began in 2013, while the billionaire businessman was in opposition as leader of the Future Movement Party.

The South African model was reportedly recruited by the resort in 2012 “to lend a sense of glamour and exclusivity,” with models like her reportedly on hand to attend “lavish parties” attended by wealthy businessmen.

In a court document cited by NYT, van der Merwe reportedly called Hariri’s alleged May 2013 payment of $15.3 million a “gift,” with South African tax inspectors seeing it otherwise, freezing her accounts on suspicion that the money may have been a transfer from van der Merwe’s father, a South African businessman who has faced tax problems in the past.

Hariri reportedly sent Ms. Van der Merwe another $1 million during her tax battle, and the model eventually settled, but in January, began her own lawsuit against tax authorities, demanding $65 million, citing damage to her career and financial well-being.

“The plaintiff’s relationship with Mr. Hariri was terminated, which resulted in the loss of financial benefits that would have accrued to her from the relationship if it had been allowed to persist without outside interference,” an excerpt from the case cited by NYT read.

Hariri, 49, served as Lebanon’s prime minister between 2009 and 2011, and again starting in late 2016. Before entering politics, Hariri was chairman of Oger Telecom, a subsidiary of Saudi construction company Saudi Oger Ltd.

Syria issued arrest warrants against Hariri and one of his close allies in 2012, accusing them of financing terrorist groups in Syria. Relations between Hariri and Syrian President Bashar Assad have remained tense ever since.