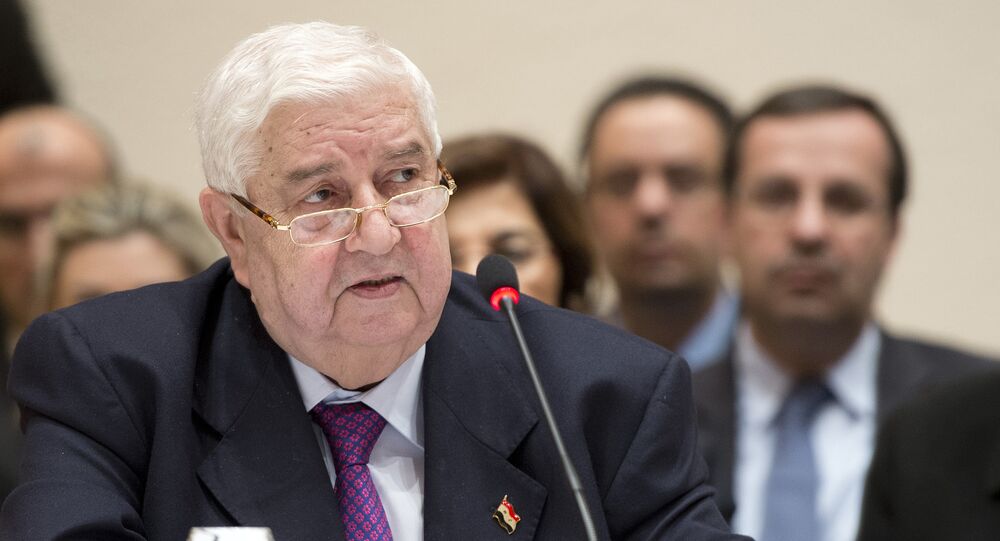 No Deadlines Must Be Imposed on Syrian Constitutional Committee – Foreign Minister

"No deadlines or timetables must be imposed on the committee. Each step taken must be prudent and informed since the constitution is an essential step in the determination of Syria’s future", the minister said, addressing the UN General Assembly.

According to Muallem, the committee must not face any imposed preconditions.

The minister pointed out that the reconciliation process must be led by the Syrian people, not by any foreign country.

"The whole process should be owned and led by Syrians themselves, who have the exclusive right of determining their country’s future without any foreign intervention or interference", Muallem added.

The statement comes after Muallem said on 24 September that the inaugural meeting of the Syrian Constitutional Committee in Geneva had been set for 30 October. A day later, UN Special Envoy for Syria Geir Pedersen said that the head of the committee had been chosen but did not disclose the name.

The establishment of the constitutional committee, whose goal will be to secure a peaceful political settlement of the years-long conflict in the Middle Eastern country, was announced by UN Secretary-General Antonio Guterres on 23 September.