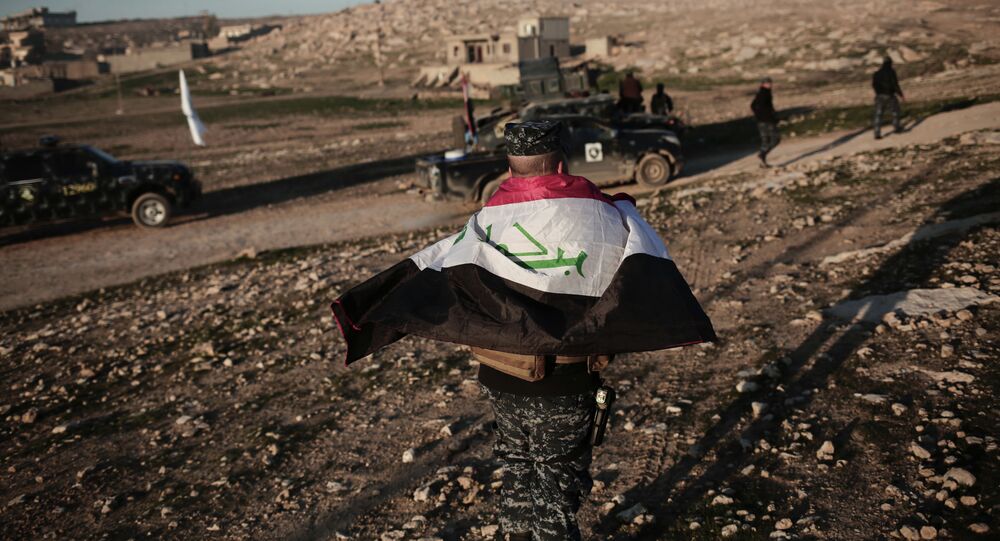 Al Qaim, also referred to as Al Bukamal (Al Bukamal-Qa’im) Al-Qa'im, located in the western province of Anbar, was one of the last liberated areas during the Iraqi military operation against the Daesh terrorist group in 2017.

There are currently three crossings at the Iraqi-Syrian border: Rabia, also referred to as Al-Yarubiyah, located in Syria’s Al Hasakah province controlled by Kurdish-led forces and the At Tanf crossing located in an area controlled by US forces in Syria.

Crossings at the Iraq-Syrian border have not been fully operational since 2014 when Daesh seized vast territories of both countries.

Since then, both Syria and Iraq have regained most of their territories from the terrorists.

In April, the Iraqi mliitary attempted to re-open the checkpoint, an agreement on how to monitir the traffic on the Iraqi-Syrian border at this crossing was reportedly postponed.

In November 2018, Syrian Transport Minister Ali Hammoud said Damascus was ready to open crossings at the Iraqi border and saw no threats to existing border security. Hammoud said Syria would expect Iraq to settle their share of logistics issues at the crossing.

*Daesh, (ISIS, IS, ISIL, Islamic State) is a terrorist group banned in Russia and many other states.