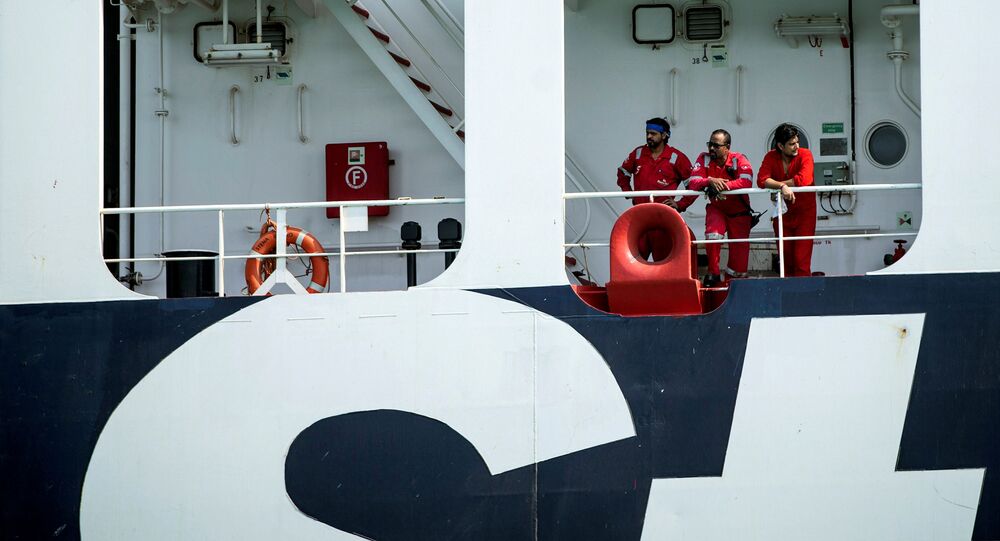 The Stena Impero cast off its moorings early on Friday and left Iran's Bandar Abbas port, according to Iran's Ports and Maritime Organisation (PMO), which further specified the tanker headed for the international waters.

"The Stena Impero tanker started today, at 9 a.m. [05:30 GMT], its travel from the Bandar Abbas port toward the international corridor in the Persian Gulf," the PMO's department for the Hormozgan province, where the tanker used to be held, said in a statement.

The video sporting the vessel start off its journey has been released in Iranian media, while the CEO of Stena Bulk, which owns and operates the tanker, noted the vessel is "on the move" and will reach international waters at roughly around 1000 GMT.

Reuters earlier reported that the cargo vessel, seized by the Iranian Islamic Revolutionary Guard Corps in the Strait of Hormuz on 19 July over an alleged violation of international maritime rules, had changed its destination course from Saudi Arabia's Jubail port to Port Rashid in the United Arab Emirates (UAE).

Although the move came after Iran's Adrian Darya 1 oil tanker was seized by Gibraltar and UK Marines over an alleged breach of EU anti-Syria sanctions, Iran noted the recent incident is in no way a relatialition.  Iran's tanker was released on 19 August after Gibraltar reportedly received assurances that the cargo would not be delivered to Syria.

Seven out of 23 crew members of the impounded Stena Impero have been released.

Iranian Foreign Ministry spokesman Abbas Mousavi said on Wednesday that Tehran is examining the possibility of the UK-flagged Stena Impero tanker having caused environmental damage, and despite the tanker having been released, it is still facing charges.

The detention came as the situation in the Persian Gulf became extremely tense over the summer months after several tankers were attacked earlier this year in the waterway commonly viewed as vital for global oil shipments. In response, the United States  blamed the incidents on sanctions-hit Iran, and boosted its own military presence in the region. Iran has vehemently denied any wrongdoing as well as acting in retaliation.